Reportedly, last night everything got sorted out between the MLA and DCP, but still he had to yield this result. 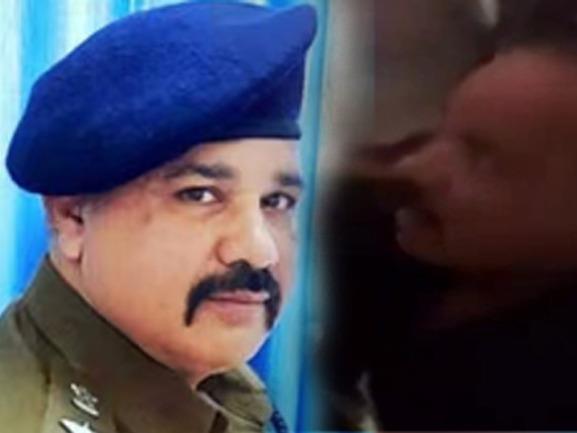 On Tuesday, a massive fight broke out between MLA Raman Arora supporters and DCP Naresh Dogra at the prestigious Sawera Bhawan. Since yesterday only, all the news has been surrounded related to the matter and its development. After all the arguments, many people got injured and were taken to the Civil Hospital. The hospital called the police administration and an FIR got registered.

The fight of Naresh Dogra with MLA Raman Arora has resulted in a costly affair for the DCP as he has got transferred by the Punjab Government as AIG PAP II. Reportedly, last night everything got sorted out between the MLA and DCP, but still he had to yield this result.

Talking about the incident let us tell you that on Wednesday DCP Naresh Dogra had a very heated argument with MLA Raman Arora’s supporters which then turned into a huge fight. The argument started at Shastri Market related to possession of goods which then turned into a heated argument. Afterward, both of them decided to meet with the officer of a reputed news organization, Sawera Bhawan, when both Raman Arora and Naresh Dogra reached out to sort the issue, instead of getting pacified the situation became worse and a fight was initiated. MLA Raman Arora’s supporters also got injured during the fight.

After this incident, AAP MLA Raman Arora raised allegations against the DCP for assaulting and thrashing his people who have now been admitted to the Civil Hospital. The AAP MLA has also submitted evidence against the DCP to the police and asked for action against him. After all this, a video has been doing rounds which shows that the DCP was also beaten badly and after getting the medical test done it has been informed that he has received 7 injuries. The time will only tell, what turns this case will take after all this has been revealed.

It would be significant to inform you that this is not the first time that a complaint like this has got registered against him. The very first case that he was charged which was related to Hotel Royal Plaza where he along with his associates tried to take it under them in Hoshiarpur. The allegations that have been put against him can easily get him arrested as the hearing waits for 15th November 2022.