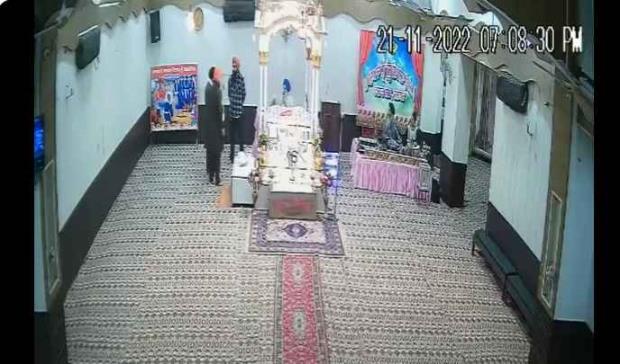 Shocking information of sacrilege has come to fore from Jalandhar according to which milk was thrown on holy book. The incident took place at Sheikhan Bazar Gurughar. Reportedly, Shri Guru Granth Sahib Ji kept in Gurdwara Sahib of Sheikhan Bazar was desecrated by someone who came near it and then spilt milk all over it.

Soon after this incident, sangat present there caught the young man and thrashed him for the same. Accused is now under police custody.

While explaining the incident Tejinder Singh, office-bearer of the Sikh Coordination Committee said that desecration carried out was deliberate. Arrested accused was identified as Harkirat Singh and is a resident of Ali Mohalla.

On Tuesday, case of desecration was reported from Ludhiana wherein pages from holy book of Sikhism and Hinduism were found lying on banks of Duhri Bridge Canal. A passer-by while going from there noticed it and reported the case. The person is identified as Gurinder Singh.