Soon after the controversy, couple then released a video of themselves providing clarification on video. 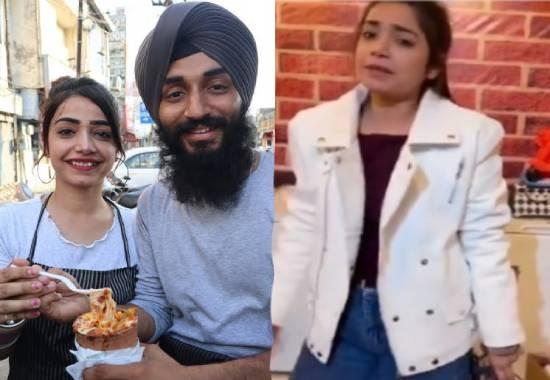 As per latest information received from Jalandhar, the famous Kulhad Pizza couple has once again landed in trouble because of a video posted by them on their social media platform. Reportedly, a video of them had gone viral in which the couple was seen making reel with weapons. Soon after this, couple faced massive backlash for doing so and promoting gun culture.

Post this video went viral, netizens trolled the couple saying that while on one hand government is trying its level best to eradicate gun culture in Punjab, influencers like these making reels with weapons is not a good thing. For the information, Punjab Police has also banned giving provocative speeches and uploading photos and videos with weapons on social media and strict action is being taken against those who do this.

This couple is famous for preparing Kulhad Pizza under the name of Fresh Bites which is located near Nakodar Road Jalandhar. Soon after the controversy, couple then released a video of themselves providing clarification on video. They said that gun shown in video is not real but a toy gun. They further added, “we haven’t violated any rules. The video made was just for purpose of entertainment.”

For the unversed, this couple even became talk of town when some residents of colony where their Fresh Bites is located got into a verbal spat with couple for causing problem of traffic jam in area. During this incident, police also reached the spot and pacified the whole situation. 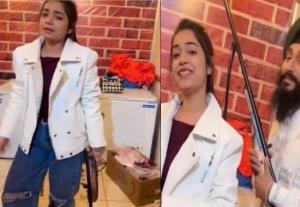