Jalandhar: Is there a compromise between DCP Dogra and AAP MLA Raman Arora? 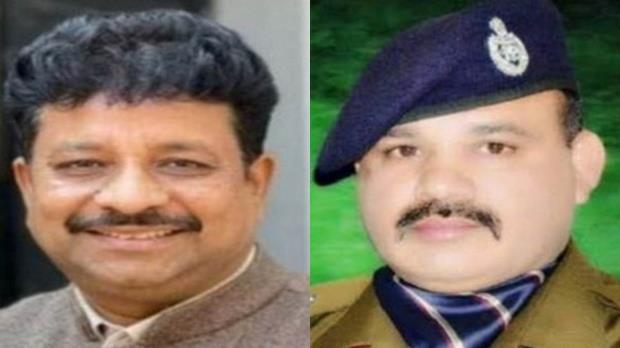 There has been a ruckus between DCP Naresh Dogra and AAP MLA Raman Arora from yesterday night. AAP MLA, Raman Arora has also put up severe allegations against the DCP related to assault and thrashing. An FIR was registered in the morning against the DCP of Jalandhar for the assault, but after reaching the office of the high officials as soon as the day passed, the matter got a twist.

According to the information obtained, the DCP and MLA's legal disagreement went straight to the DGP's court. After receiving the order from there, the police who had filed a case against his own DCP Naresh Dogra was temporarily stopped.

In the morning, DCP Investigation Jaskiranjit Singh Teja of the police told the media that DCP Naresh Dogra had been charged with attempted murder and violating the SCST Act, but in the afternoon, the police commissioner stated that no charges had been filed.

Now there is news that in the evening, there is a compromise took place between the MLA and DCP. The dispute between both of them has ended. They both have a compromise in the presence of Aam Aadmi Party leaders. Now no further action will be taken from both sides.