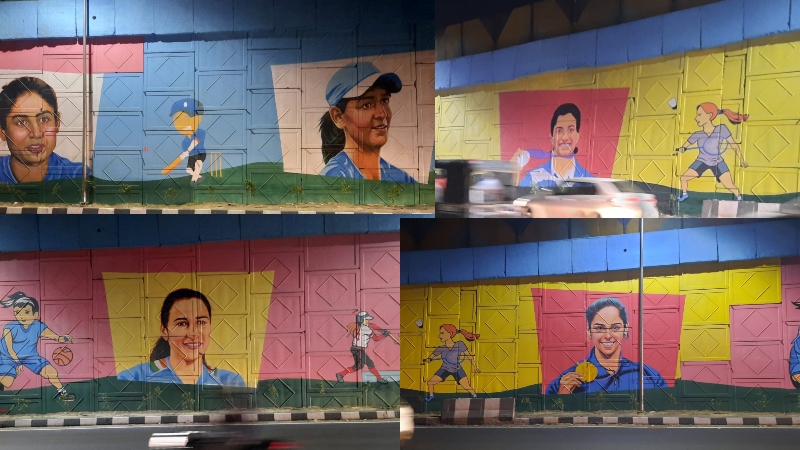 Jalandhar, March 27:In recognition of the achievements of 16 women police officials who have excelled themselves in sports and participated in many national and international arenas, the district administration has made their graffiti on the walls of the PAP campus and adjoining flyover.

Disclosing this here today, Deputy Commissioner Ghanshyam Thori said the graffiti will not motivate the girls but would also inspire the budding players to achieve new feats in the field of sports. He said the graffiti was made under the Beti Bachao-Beti Padhao program to depict that the girls must be given the freedom to join the sports so that they can make their country proud one day like these officers/officials of Jalandhar Police.

Giving a new slogan of Beti Bachao-Beti Padhao, the deputy commissioner said that women have played a stellar role in making India a front-runner country in the country, and people must promote their daughters to join the sports.

Notably, the district administration had also dedicated the biggest ever graffiti to ace shuttlers Sania Nehwal and PV Sindhu at Hansraj Stadium besides graffiti of brave-heart Kusum to recognize her heroic deed during a snatching attempt.