Jalandhar is India's sports goods manufacturing hub which produces almost 70 per cent of the total sports goods in the country. 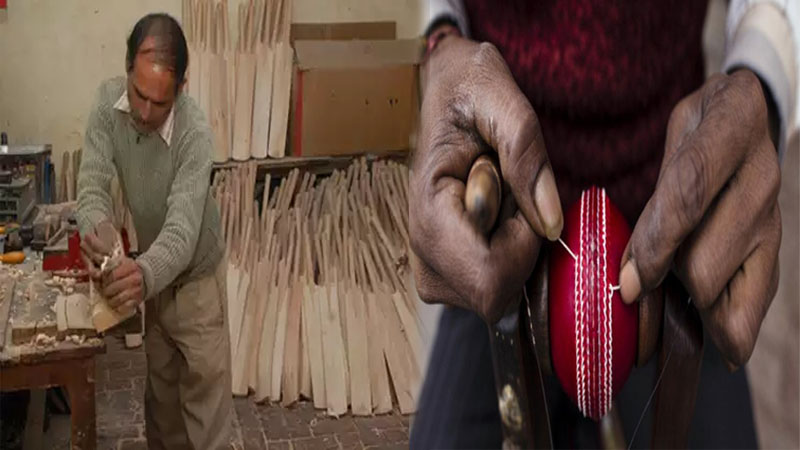 Nearly 30 per cent of the sports goods are exported to various countries which are manufactured in India . However, 60 per cent of the goods are consumed by the government and the educational institutions. Only 10 percent are sold in the open market.

The Indian Sports industry, which is facing serious predicaments from the cheap and fabricated Chinese goods, thus, are expecting relief in the form of uniform GST slabs and tax exemption in the coming budget. The three GST slabs (5,12 and 18 per cent) are not acceptable to the industry.

Pran Chadda of Universal Sports Industries said to an eminent news agency, "GST is a big issue. The GST is good for the country but I think the government has implemented it in a haste, it is not proper. It would have been better had the government taken the concerned people into confidence while making the slabs."

Pending GST refunds have further affected the liquidity of the sports goods industry. Chadha said that the situation will improve eventually.

"The refunds used to be a big problem but now it has started improving. But it should be much quicker. A lot of money is held up. It forces manufacturers to arrange extra cash to ensure smooth operations," Pran Chadha said.

Many things can be done for MSMEs in the new budget, Chadha said, "We are not seeing any ease of doing business and in manufacturing also we are facing almost the same difficulties which we used to face prior to this government."

"There are lots of problems in getting raw materials. Labour is a huge problem because the migrant labourers never want to come under the regular factory act rules because they keep coming and going. Above all, the government considers us as thieves. I think there is a fear psychosis throughout the industry which has hurt the industry a lot," Chadha added.

Jalandhar-based sports goods exporters have also demanded a subsidy on freight as the Mumbai-Nhava Sheva port is nearly 1800 kms from here.

"We should be given at least five per cent subsidy on Free on Board (FOV) of total export value besides curbs on substandard Chinese goods and raw material. Make the GST slabs uniform and do not change for two to three years," Vishal Mahajan, secretary of sports goods and toys exporters association said.

Retailers and sports goods wholesalers have demanded that the sports goods should be exempted from the taxes as nearly 60 per cent of the supplies go to the Indian government, including the Indian Army and educational institutions.

Ravinder Khorana, the spokesperson of the association of the Indian sports goods industry, said that the Indian government has levied as much as 18 per cent GST on fitness equipment on one hand and on the other it encourages people to stay fit.

"In the coming budget, we demand that the sports goods be exempted from the taxes to help make Indians fit. The government is also not earning much by way of GST as 60 per cent of the goods are being supplied to the government institutions. A special package be given to this micro-industry," Ravinder Khorana said.