The aspects that will be covered by the Vigilance Bureau during an inquiry will be paid bills, quality of the work done and pending projects. Author : Guneet kaur 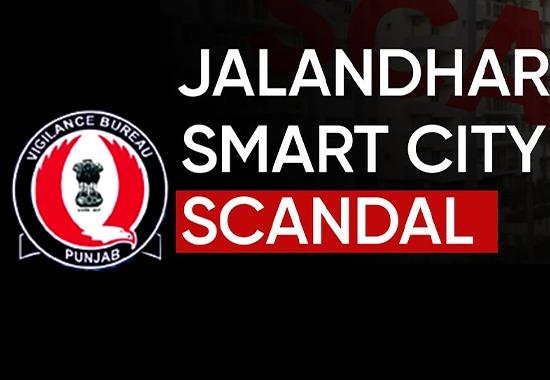 As the inquiry has been initiated by the Vigilance Bureau, many higher officials are now under its radar. It is coming up through the inquiry that a scam has been done in the name of parks renovation, LEDs, etc.

The scam came to the fore in the very starting and has had a lot of limelight from the time the AAP government has come to the power.

Finally, the inquiry by the VB has been started, though it is at its preliminary stage, soon the whole matter will be resolved and strict actions will be taken against the people responsible for it.

Jalandhar Vigilance Bureau has stated that it will conduct the inquiry properly and will check every aspect of the Smart City Project.

The aspect that will be covered by the Vigilance Bureau during an inquiry will be paid bills, quality of the work done and pending projects.

The following are the points that have made a suspicion that a scam is going on under this project.

Bio Mining- around 8 lakh metric tons of bio-mining waste was to be eliminated through biological method at the Variana Dump. The construction agency was not even able to complete its civil work while the former commissioner, Karnesh Sharman purchased machinery worth Rs. 1.5 crores a year ago. The machine is now in the workshop like a showpiece. In the end, the vehicles of the corporation are forced to collect the garbage.

LED- 72 thousand LED lights have been installed in a 50-crore project of LED lighting. An investigation was being carried out in this regard of where did the old 57,000 lights go after being removed. After this, the company deposited Rs. 30 lakhs for the old lights. The counting of LED lights also went wrong, also lights were not installed in 11 villages as per the agreement.

Beautification of 11 chowks- the work of beautifying 11 chowks was to be done with 21 crores. Around crores of rupees were spent for the same but still, the condition of the chowks is in poor condition. As the work done was unsatisfactory, so the work was stopped after payment of 8 crores. The chowks involved in this scam are Workshop chowk, Kapurthala chowk, Ramananda Chowk, Ravidas Chowk, Dr. BR Ambedkar Chowk, Guru Nanak Mission Chowk, Guru Amardas Chowk, Doaba Chowk and Shri Ram Chowk.

The Vigilance has summoned all the files related to the investigation which included payment of different bills, pending work and quality of work. The investigation has been confirmed by SSP Vigilance.