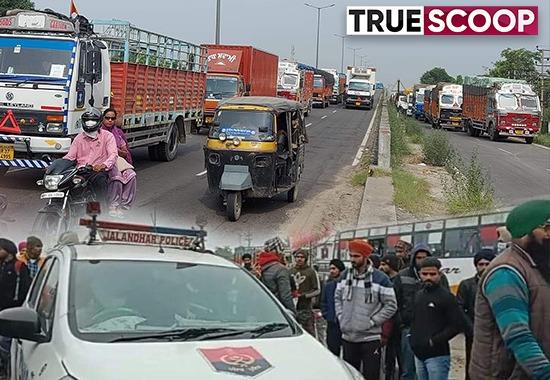 Punjab’s Jalandhar district’s PAP chowk witnessed a roadblock. The blockade was done by the candidates of the upcoming army exam.
The reason as per them is that the army exams, are being postponed time and again because of the upcoming elections in the states of UP, Uttarakhand, Punjab, Manipur, and Goa.
They have blocked the road because they want justice. As age is a factor in the admission rallies, if the government keeps postponing them, they will soon be not eligible for the rally. The administration of Jalandhar has failed the district again.

The Ludhiana highway is blocked for nearly 2 KM and the police, and the administration is not able to clear it up.