"His father reached Delhi on Thursday night, but Shahdab won't go back home in Kashmir. He will stay at the university," Al-Ameen said. Farooq underwent surgery at the hospital. 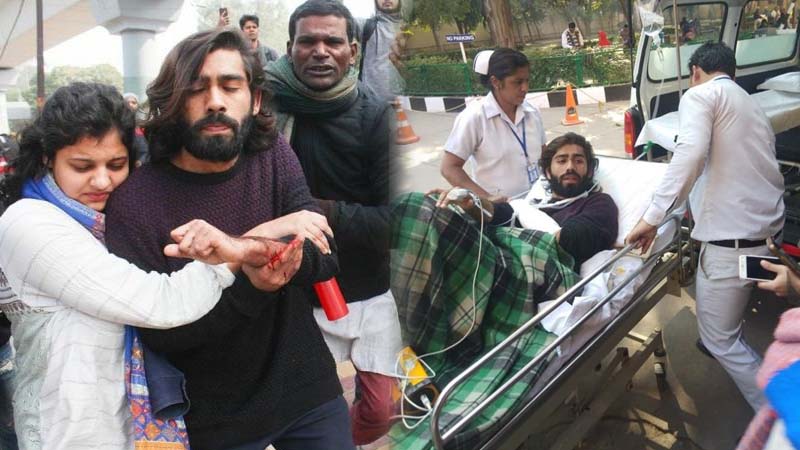 Jamia Millia student Shahdab Farooq, who suffered injuries after a man open fired at a group of anti-CAA protesters outside the university, was discharged from AIIMS this morning. Al-Ameen, a student of Jamia's Mass Communication department and Farooq's friend, said he was discharged from the hospital around 8 am. "His father reached Delhi on Thursday night, but Shahdab won't go back home in Kashmir. He will stay at the university," Al-Ameen said. Farooq underwent surgery at the hospital.

In the aftermath, a massive group of protesters were seen sitting on dharna outside the Delhi Police headquarters.

The dharna at ITO crossing continued overnight. Police were seen to remove the large gathering of protesters and have detained many of them. Thousands of people and police personnel faced off against each other near the Jamia Millia Islamia University on Thursday after the man fired a pistol at the students who were protesting against CAA.