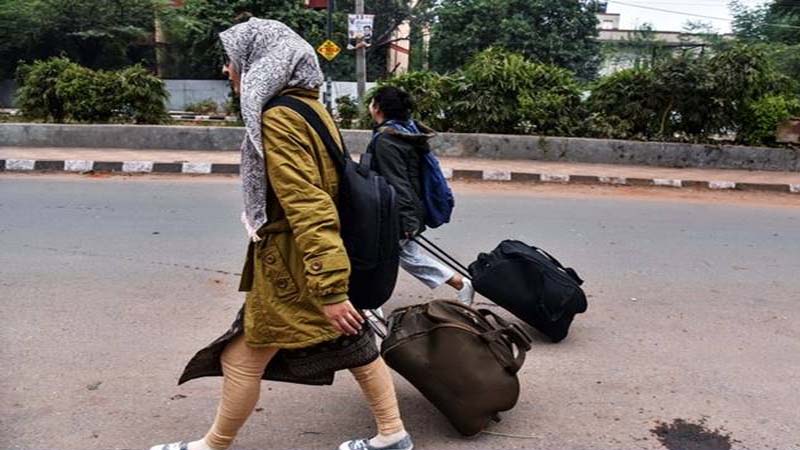 However, the protests continued for many days outside the main gates of the University including the day of Christmas. Although, the students were sent back home from the hostel which lead to the discontinuity in studies.

According to an official statement released by the university, for most of the post-graduate courses the remaining odd-semester examination will commence from January 9. However, examinations for the under-graduate courses will start from January 16. The university was closed on December 16 after looking at the violent protests carried out in the campus on December 15 against CAA. It was officially announced back then that the university shall remain close till January 5, 2020 and the examinations are cancelled.

The statement said, “students who are supposed to appear in odd-semester examinations are advised to come back to the university as per the scheduled date of the examination as displayed on the university's website."

Students are advised to visit the university's website regularly to keep a check on the important dates and events so as to avoid confusion arousing out of rumors on social media platforms causing wrongful communication.

'Jamia Help Desk' number 011-26981717 with extension 1408 and 7647989611 has also been generated for the students to call and enquire about the scheduled examination details from 10:00 am to 5:00 pm by the university. Cases of serious hospitalization and medical problems will be dealt separated, it added.

The teaching schedule for the next even semester in all faculties and centres will be notified faculty-wise on the JMI's official website.

Meanwhile, Aligarh Muslim University has once again extended the winter vacation after a meeting in this regard which took place in the university.