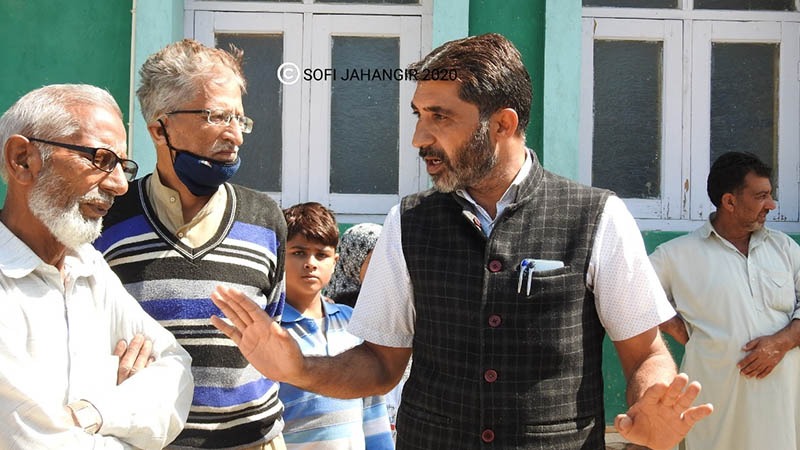 Srinagar(SOFI JAHANGIR): BJP Leader Asif Masoodi  took a extensive tour of one of the constituency in Srinagar Batamaloo area, Where in people had long pending demands of Road Metal Topping and Drainage issues.

While speaking exclusively to True Scoop Asif Masoodi said, " We at BJP have taken up the Mission of "Sab Ka Saath Sab Ka Vikas" and  we will cover all the basic requirements of the people which they have been deprived off by successive regimes." There are many developmental projects in pipeline which will come at forefront in coming time.

Taking about the developments in Batamaloo Constituency Masoodi said, " the roads which were in dilapidated condition have been metal topped. In winters there used to be water logging and it was difficult for children, ladies and older people to come out of their homes. Previous regimes kept on ignoring the difficulties faced by the people."

Masoodi further said that, " in the ist phase we had taken up the task with concerned departments for road macadamization and Drainage system which is on the verge of completion."

There are other projects of Government which are in pipeline for making of Service Lanes on National Highway from Parimpora to Tengpora Bridge, said Masoodi.

He further added that, a forest park for recreational purpose measuring 200 Kanals of land and DPR has already been submitted to the Government for necessary approval.

"Such was the callous approach of previous regimes that they hardly showed any serious concern towards drinking water in the area, " said Masoodi.

With the concerned department we have made the supply of drinking water in the area.

While visiting the area Masoodi along with the senior citizens of the area visited Govt School Zainakote and interacted with Teachers and Principal of the school and listened up the issues of school. Masoodi assured the School Administration that he will took up all the issues of school with Administration and Honourable LG and will get their issues sorted out at earliest.

Masoodi further said, "The time is very near when Jammu and Kashmir will be on developmental track and BJP is committed towards it".