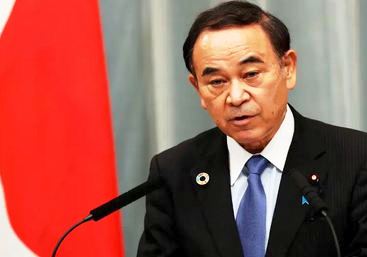 Japan is dealing with rising numbers of suicide cases in the country. It has appointed a Minister of Loneliness to tackle suicides and social isolation in the country.

Prime Minister of Japan, Yoshihide Suga appointed Tetsushi Sakamoto as the Minister of Loneliness. As per reports, he is already in charge of the declining birthrate in Japan. Sakamoto also serves as a minister of economic revitalization after PM Suga was elected to power in September 2020.

"Women are suffering from isolation more (than men are), and the number of suicides is on a rising trend," the PM told Sakamoto.

The PM added, "I hope you will identify problems and promote policy measures comprehensively."

Loneliness and social isolation are prominent issues in Japan. Scientists have also developed robots to make people together with someone. Elderly people in the country also face loneliness.

There is an uptick in death by suicide particularly in women. As per reports, 879 women died by suicide in Japan. It is regarded as a 70% increase in the suicide deaths compared to 2019.

Single women mostly live alone in Japan, thus triggering suicidal thoughts. Those who don't have stable employment take such an extreme step as per reports. Michiko Ueda, a Japanese professor who studies suicide in Japan said, ""A lot of women are not married anymore, they have to support their own lives and they don't have permanent jobs. So, when something happens, of course, they are hit very, very hard."

Sakamoto said, "I hope to carry out activities to prevent social loneliness and isolation and to protect ties between people."