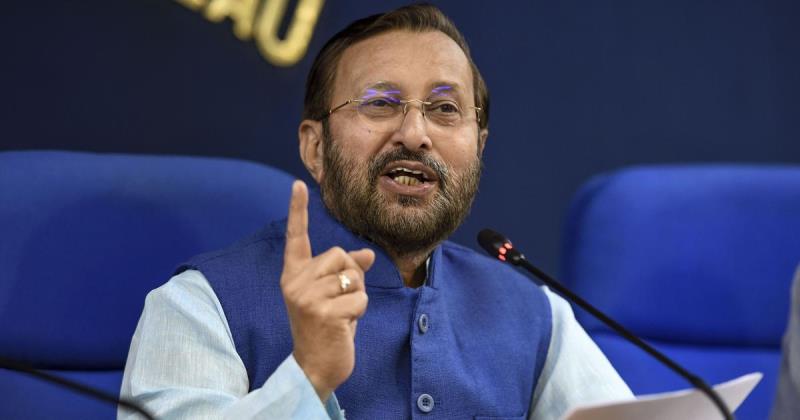 Union Information and Broadcasting Minister Prakash Javadekar on Saturday targeted Congress leader Rahul Gandhi over the alleged rape and murder of a six-year-old Dalit girl in Hoshiarpur district of Punjab. He said Rahul does not pay heed to the injustice done to women in the states ruled by his own party. The victim was the daughter of a migrant labourer from Bihar.

"Instead of going on political tours, Rahul Gandhi should visit Tanda (Punjab) where a shocking incident of rape and murder happened with Bihar's six-year-old daughter," Javadekar said. The Union Minister has expressed displeasure with no arrests in the horrific incident till now and questioned the lackadaisical attitude of the Congress government in Punjab.

"The six-year-old daughter of a Dalit migrant labourer from Bihar was allegedly killed and set on fire after being raped at Jalalpur village in Tanda. The accused have not been caught yet in this gruesome and painful incident. We demand that the Punjab government nab the culprits and take stern action," Javadekar added.

He said, "Rahul Gandhi goes on political tours, instead he should visit Tanda in Punjab and Rajasthan as well. In whichever states Congress governments are in power, they fail to take cognisance of the injustice and sexual crimes against women. Neither Rahul, Priyanka Gandhi visited the family of the deceased girl in Tanda nor did Sonia Gandhi comment on this incident."

Javadekar said, "The Dalit girl who was raped and killed in Tanda village is the daughter of Bihar. BJP leader and former Union Minister Vijay Sampla went to meet the victim's family. But none of the Congress leaders from Punjab have met the deceased girl's kin despite being in power in the state. We condemn such gross injustice and tyranny."

The Union Minister also questioned the silence of Rashtriya Janata Dal (RJD) leader Tejashwi Yadav over the murder of the Dalit girl hailing from Bihar.

Javadekar told Tejashwi Yadav that "His party is campaigning in Bihar with those who remain silent on the atrocities inflicted on the daughter of Bihar. The way the atrocity was committed in Tanda village on the Dalit daughter of Bihar is a blot on humanity. Why does Rahul Gandhi not visit Tanda while having the time for a 'photo-op' in Hathras and other places. There were 10 incidents of rape in Rajasthan, why did he not go there. This brand of politics does not work."

The incident of rape & murder of 6-yr-old Dalit girl from Bihar, in Hoshiarpur's Tanda village is extremely shocking. Instead of going on political tours, @RahulGandhi should visit Tanda, Punjab & Rajasthan & take cognisance of incidents of crime against women. pic.twitter.com/3sOkt1l617