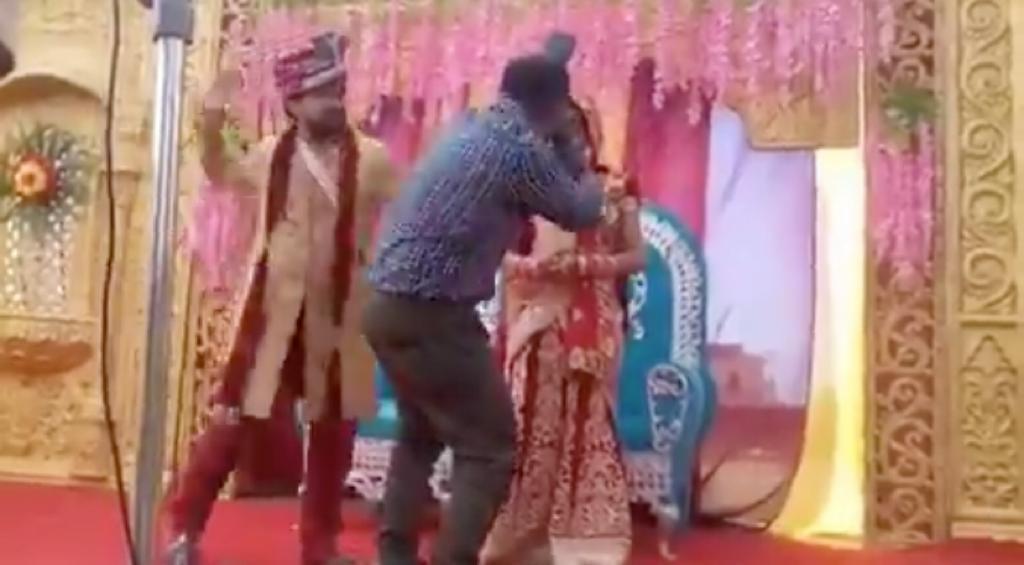 The Internet is going into a laugh riot after a 45-second video of an Indian wedding went viral on social media. The video features a bride laughing her heart out over a hilarious incident, which will also make you giggle too.

The video was shared on Twitter on February 5 and has caused a laugh riot on the internet. In the short video clip, that was shot during a wedding function, shows the bride and groom on the stage getting pictures clicked by the photographer. A few seconds later, the photographer pushes the groom out of the camera frame and starts clicking pictures of the bride only, while the groom patiently watches him standing from the corner.

While clicking the bride, the photographer holds the bride’s chin in an attempt to take a close up shot, when something unexpected, but hilarious, happens.

The groom smacks the photographer on his back angrily, while the bride falls on the stage and bursts into laughter. "Udhar photo ni khinch sakte the? (You couldn’t click from there?)," asks the groom and walks off the stage.

The bride, however, reacted oppositely to her husbands. In the clip that has gone viral, she can be seen sitting and rolling on the stage after the incident.

A Twitter user shared the clip, saying she just loves the bride.