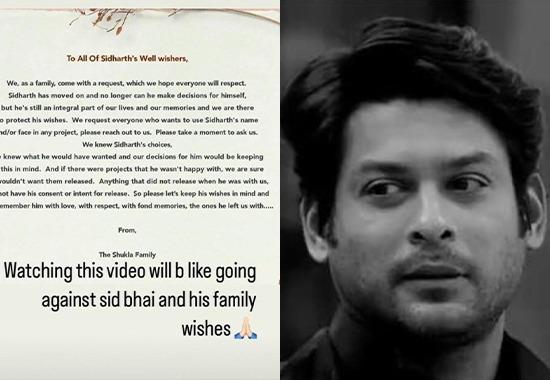 Jeena Zaroori Hai Song: The last song of late actor Sidharth Shukla 'Jeena Zaroori Hai' has been released. Seeing Sidharth in this music video, fans got teary-eyed, but their anger on 'Bigg Boss 15' contestant Vishal Kotian has also erupted.
He has objected to the release of this song, as Sidharth's family had requested that nothing should be released without his consent. Now it is not known whether Vishal has taken permission from Sidharth's family before releasing this song, but his fans are very upset about this.
The song depicts the story of two brothers Sidharth Shukla and Vishal Kotian, who fall in love with the same girl. Seeing Sidharth in this video will fill your heart. For a while, you will forget that he has said goodbye to this world. You will miss him again after seeing his natural acting, killer smile and smugness in his eyes.
Vishal had mentioned the song in 'Bigg Boss 15'
Vishal Kotiyan had mentioned this song when he was in 'Bigg Boss 15'. He had said that the last song of Sidharth Shukla was shot with him. When he goes out of this show, then he will release it. However, at the same time, there was a lot of uproar over this because Sidharth's family had stated this.
Also Read: Shehnaaz Gill shows off her 'classic moves' on 'Pasoori' song in red salwar suit; Watch Video
Sidharth Shukla's family statement
Sidharth's family had stated after his death. He requested that if he wants to use Sidharth's name in any project, then first he will have to take his permission. He had said, 'Sidharth has now moved on and now he cannot take his own decisions, but still he is an integral part of our life. We are protecting his wishes. Whoever wants to use Sidharth's name or his face in any project, then first contact us. We know what he wanted.
If there was a project that he was not happy with, we are sure he would not have released it. If he didn't issue it when he was with us, he might not have consented. So keeping in mind his wishes, remember with fond memories the one he left for us.
The song was shot in Odisha
Vishal Kotiyan had claimed that he and Sidharth knew each other for 20 years when they used to do modelling. He had said that no one knows that Sidharth shot the last project with him in Odisha. Had he been together, he would have released this song. Vishal had also said that it was only because of Sidharth that he went to the show (Bigg Boss 15).
Sidharth's fans got angry
Sidharth's fans are furious after the release of this song. How much he loves them, can be gauged from this. Expressing his anger, a fan wrote, 'Sidharth had stopped this song twice, how dare you release it after all this.' Another commented, 'Shame on you.' The fans are unhappy with the release of this song.
Died of a heart attack last year
Sidharth Shukla breathed his last on 2nd September last year. He was completely fit, but according to reports, his health had deteriorated slightly before his death. He was feeling restless but went to sleep after taking medicine. He lost his life due to a heart attack in the night itself. He was rushed to the hospital, but the doctor declared him dead. Sidharth's death shocked everyone. His family and special friend Shehnaaz Gill are still trying to overcome the grief of his departure.