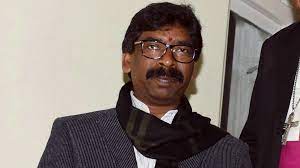 Jharkhand Chief Minister Hemant Soren is trending on Twitter after he described his conversation with Prime Minister Narendra Modi one-way. Netizens have stormed Twitter with #HemantSoren and are applauding him for standing up against Modi.

On Thursday night, CM Hemant Soren tweeted that his phone call with Prime Minister was a one-way conversation. PM only spoke what was in his mind and did not try to listen to his point of view on the current Covid situation. Hemant Soren tweeted, “Respected Prime Minister called me today. He only said what was in his mind. It would have been better if he also cared to speak something meaningful and hear something meaningful.”

Defending PM Modi, Times Now news anchor Navika immediately tweeted, “Has it really come to this now? In a pandemic when PM calls up a CM to enquire about the Covid situation in the state this is what a CM say? Is propriety dead? Is respect/courtesy extinct? Petty posturing more important than human lives? PM abused for helping? Shocking.”

Amish Devgan who is the anchor in Mukesh Ambani-owned News18 tweeted, “It’s really sad, Politics has stooped down to this level now.”

But people on social media are appreciating Heman Soren for saying what is real. One of the social media users took a shot at PM Modi’s Central Vista project and tweeted, “Why would a prime minister care to listen to other's plight when he is more obsessed with the renovation of his own house worth 20,000 crores than ensuring vaccination at all?”