After taking Covid vaccine, he regained his ability to move and speak. 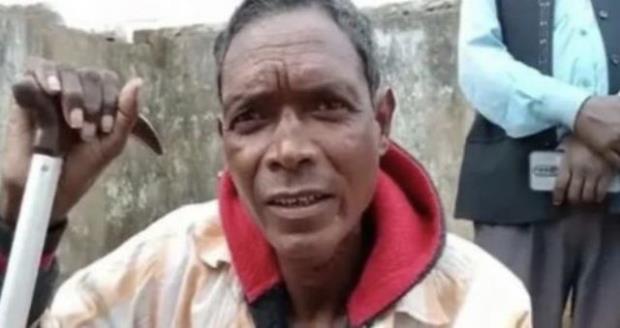 In a bizarre development, a 55-year-old man claimed that he has been cured of paralysis after taking the Covishield vaccine.
Dularchand Munda from Jharkhand took the vaccine on January 4. His family claimed that he has been paralyzed for the last four years. After taking the Covid vaccine, he regained his ability to move and speak.
Bokaro Civil Surgeon Dr. Jitendra Kumar stated that he needs to analyze his case deeply as it was quite surprising the way he has recovered.
Dularchand Munda stated that he is happy that he took the vaccine as now he is able to move his body.
Dularchand became paralyzed after an accident that took place four years ago.
He said that this is not less than a miracle as now his voice came back and he is able to move his feet.
Health officials are surprised and stated that it is a subject of research for them. Dr. Jitendra Kumar stated that it is unbelievable. But the medical team needs to ascertain this to know the actual reason behind Dularchand’s recovery.
Also read: 85-year-old claims to have 12-Covid jabs, wants more
Earlier, a Bihar’s man claimed that he has got twelve Covid-19 vaccination jabs and wanted to have more because he believed that vaccination administration has helped in curing his ailments.
He said that “his general condition started improving magically and his joints pain subsided with each jab”.
He further said that he had not suffered from any side-effect due to the vaccine.