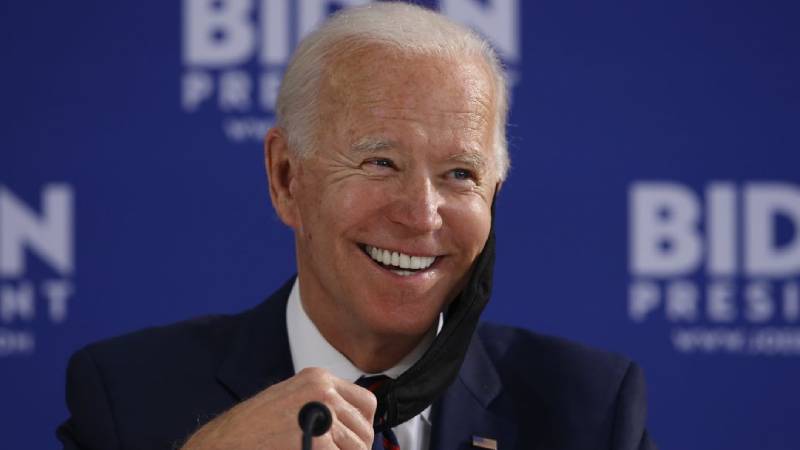 The moment has met Joseph R. Biden. The networks have called the US election for Biden, who moves up a notch from being called former vice president to America's President-elect.

After four full days of waiting patiently for the slow march of vote counting to work itself out, Democratic vice-presidential candidate Joseph R Biden, 77, pulled off one of the great political turnarounds in America by defeating Donald Trump in the US 2020 election. When he is sworn in on January 20, 2021, Biden will be 78.

Exactly 160 years ago around this time, Abraham Lincoln was elected US President.

Biden's victory came at around 11:30 am on Saturday, November 7, when NBC, BBC and The Washington Post called Pennsylvania for Biden.

Trump's favourite network Fox has also called the race for Biden. In fact, they have Biden's lead at 290 -214 rather than the more conservative 273-214 that many of the other networks are flashing on screen.

Now, Joe Biden has released his official statement and a small message to the people of America. Biden took to Twitter and wrote, "America, I’m honored that you have chosen me to lead our great country. The work ahead of us will be hard, but I promise you this: I will be a President for all Americans — whether you voted for me or not.I will keep the faith that you have placed in me."

Also Read: "I WON THIS ELECTION": Donald Trump after Joe Biden emerges victorious in US Elections