Johnny Depp might not make Amber Heard pay $10.35 mn, his lawyer hints: 'it was never about money for him'

The thing is that Johnny's lawyer Benjamin has given a huge hint in the recent statement regarding relief in compensation. He said, "This defamation suit was never for money. 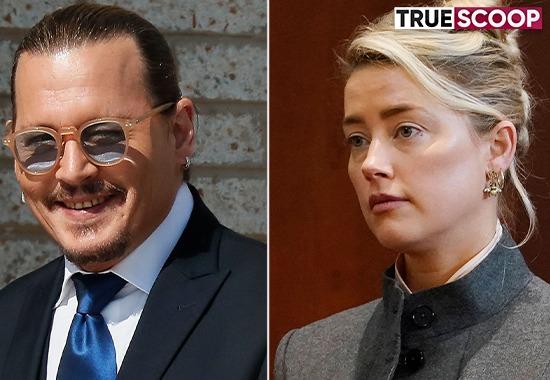 Hollywood film 'Pirates of the Caribbean' fame Johnny Depp has been in the limelight for a long time due to the ongoing tension in his personal life. Johnny's happiness knows no bounds after his victory in the ongoing defamation lawsuit against his ex-wife Amber Heard. He is seen partying and celebrating his victory nowadays.
After this long case that lasted six weeks, the court ruled in Johnny's favour as well as ordered Amber Heard to pay about $ 10 million in compensation. But now a statement has come out from Johnny's side, which Amber has been surprised to hear.
In this high-profile case, many arguments were presented from both sides, which damaged the image of both the actors. Due to this case, many films were also snatched from Johnny. But because of the victory in the case, where the actor's spirits have increased, on the other hand, Amber's spirits seem to be getting crushed.
Despite all this, Johnny seems to be going soft on Amber. The thing is that Johnny's lawyer Benjamin has given a huge hint in the recent statement regarding relief in compensation. He said, "This defamation suit was never for money. This case was always about bringing back Johnny's lost credibility. If Amber Heard doesn't go ahead with this case, Johnny could be getting compensation money." Don't take it."
Also Read: Amber Heard's lawyer says actress can't pay USD 10 million in damages to Johnny Depp
Johnny Depp is happy with the win
Johnny Depp, these days, is celebrating the victory in this long battle with Amber Heard. He is never tired of thanking his fans and jury. He recently also joined the social media platform 'Tik Tok', where he released a video thanking his fans. Sharing the video, the actor writes, "To my most precious, loyal and unwavering fans. We have been everywhere together, we have seen everything together. We have walked the same path together. We have been right together." Worked too, because you guys cared about me."
Taking his point forward, Johnny also gave a hint of his return to the big screen to his fans. Johnny wrote, "And now, we will all move forward together. You are with me as always and once again I want to say thank you to all of you. Thank you. I love you so much and respect you as well." I do."
Amber couldn't digest Johnny's happiness
Seeing this post of Johnny, Amber could not stop herself from commenting on it. On her behalf, one of her close friends said about Johnny joining 'Tik Tok', "As Johnny Depp is moving forward, women's rights are going backwards.
This decision of the court has affected the victims of domestic violence The message given to the women to be born is not to be afraid to stand up and speak out against it." Seeing Amber's attitude, it is a bit difficult to say whether she will sit still or not.