BJP working president Jagat Prakash Nadda is all set to formally take over the reins of the party from Amit Shah today when the BJP will initiate the process of electing a new party boss. 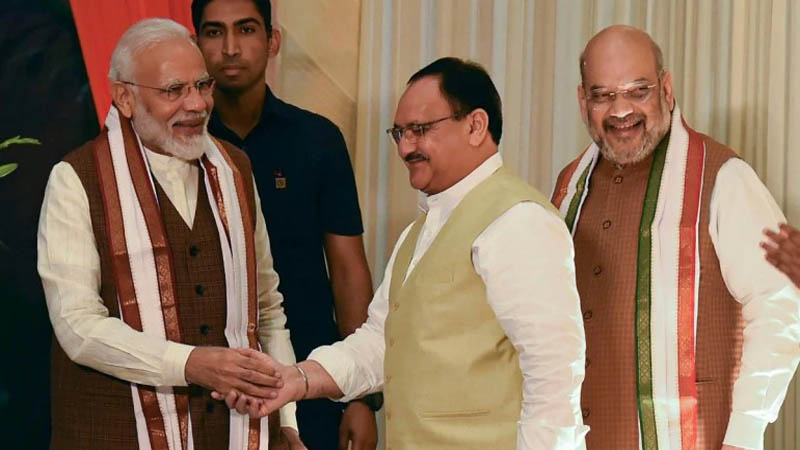 Prominent party leaders have arrived at the BJP headquaters to file nominations in support of JP Nadda, who has been seen as an endured choice of Prime Minister Narendra Modi and Amit Shah for the post unopposed. The time for filing nomination for the post of BJP President is from 10 am to 12:30 pm. The scrutiny of the nominations will be done between 12:30 and 1:30 pm. Any withdrawal of candidature can be done between 1:30 and 2:30 pm.

Union Minister Rajnath Singh said he is sure that the party will further grow under JP Nadda's leadership. He has organisational qualities and the ability to take everyone along.

Senior BJP leader Radha Mohan Singh, who is in charge of the party's organisational poll process, had said nominations for the national president's election will be filed on January 20, and a contest will take place the next day if required. However, the BJP is expected to make the announcement of Mr Nadda as party chief today itself.

Mr Nadda is an old BJP work horse. From 1993-2012, he was a Member of the Himachal Pradesh Legislative Assembly (MLA) for three terms. He was also a cabinet minister from 1998 to 2003 - in charge of health and then forest, environment and science minister in the government of Himachal Pradesh from 2008-2010.

Mr Nadda moved to Delhi in 2010 and worked closely with the central leadership in cornering the then UPA government which was facing allegations of corruption. In April 2012, Mr Nadda was elected to the Rajya Sabha. In May 2014, Mr Nadda was part of the Modi government and served as the Health Minister. In June 2019, he got his biggest jump when he was appointed as the working president of the BJP.

Nadda's election as party chief will bring an end to Shah’s tenure of over five-and-a-half years during which the party expanded its footprints like never before. Having risen through party ranks, Nadda has been a member of BJP parliamentary board, its highest decision-making body. The saffron party follows the Hindu calendar and is very careful of auspiciousness of any time. And this Ekadashi is being regarded the right moment for the new Bharatiya Janata Party chief to take over.