#JusticeforSidhu trends on Twitter & other social media platforms, Know how to contribute to Moosewala

Sidhu Moose Wala's fans now have started a sign in the petition for the late singer so that it will reach out to as many people as it can and he will get the justice. Author : Rohit Gupta 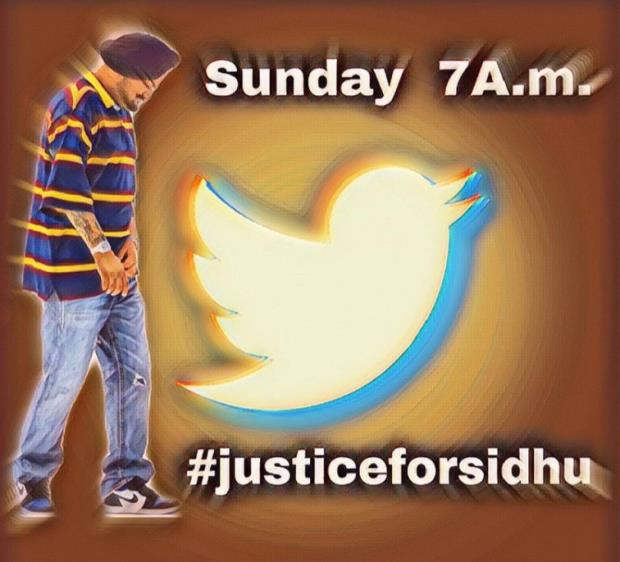 Justice for Sidhu Moose Wala: A black day was noted on 29 May for music lovers as one of the finest Punjabi Singers and rappers Sidhu Moose Wala was killed in Punjab's Mansa district last Sunday by an unidentified person.
However, since then as of now, almost a week has been gone without any process in this murder case. Meanwhile, Moosewala's parents also met Union Home Minister Amit Shah in Chandigarh last night and requested a CBI investigation in his son's case.
Sidhu Moose Wala's fans now have started a sign in the petition for the late singer so that it will reach out to as many people as it can and he will get the justice. On the hand Instagram, Twitter and other social media platforms also have started a trend for Sidhu Moosewala with the hashtag #JusticeforSidhu and if you are one of his fans or want to see that he will get justice as soon as possible.
All you can do by follow these simple steps and become part of this trend and contribute to late Moosewala.

1. The hashtag is set to begin at 7 A.M.
2. Only one hashtag at a time
3. Once you did your hashtag, you will need to click on your hashtag to retweet other people's hashtags as well.
4. And make sure you spell the correct hashtag
Also Read: Sidhu Moosewala' : Bishnoi confirmed gang rivalry in Moosewala case, said Goldy Brar behind it: Sources
Moosewala History and Music:
Born on 17 June 1993, Shubhdeep Singh Sidhu alias Sidhu Moosewala was a resident of Moose Wala village in Mansa district. Moosewala has a fan following in lakhs and was famous for his gangster rap. Moose Wala's father Bhola Singh is a former army officer and their mother Charan Kaur is the sarpanch of the village. He holds a degree in Electrical Engineering. He learned music during his college days and later moved to Canada.
Identity made from famous Punjabi songs
Sidhu Moose Wala was also known as one of the most controversial Punjabi singers. It was alleged that Moosewala has openly promoted gun culture. His song 'Jatti Jeanne Mod Di Gun Wargi', released in September 2019, created a controversy regarding Mai Bhago, an 18th-century Sikh warrior. Moose Wala later apologised.