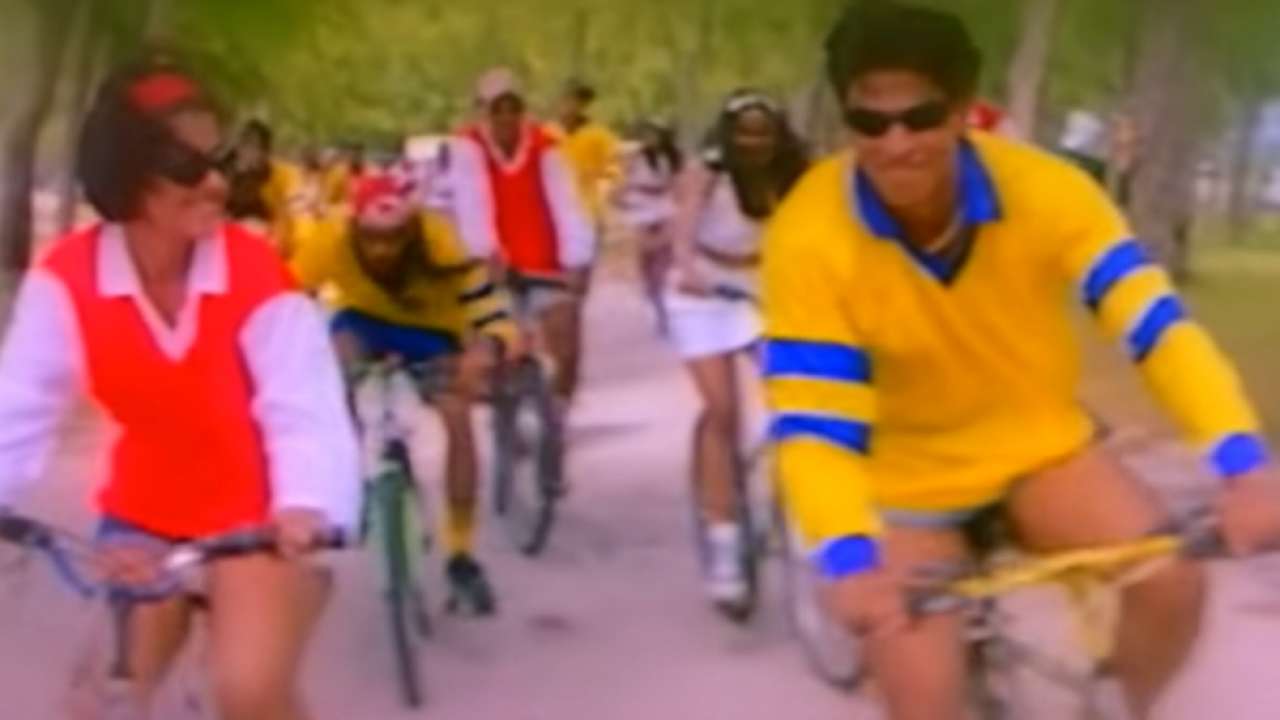 Actress Kajol celebrated Bicycle Day by sharing an unseen clip from the movie ‘Kuch Kuch Hota Hai’ on Thursday on her Instagram account.

Kajol has shared a clip from the 1998 film on Instagram. The clip features Kajol herself with co-star Shah Rukh Khan, and suddenly Kajol clumsily falls.

She has captioned the clip as “And a very happy Bicycle Day to you too #WorldBicycleDay”.

Also Read: World Bicycle Day 2021: From history to significance to health benefits, here’s everything you need to know

The Director of the film, Karan Johar comment on the clip read, “Oh god! I remember this so clearly! And can’t forget what happened after.”

The blockbuster film has narrated a love triangle between Anjali, Rahul, and Tina (Kajol, SRK, and Rani Mukherji respectively). It was a romantic comedy-drama film, written and directed by Karan Johar and produced by Yash Johar. Superhit music was by Jatin-Lalit.

The World Bicycling Day is observed on June 3 every year to promote the health and environmental benefits of cycling. The resolution of the day is “the uniqueness, longevity, and versatility of the bicycle, which has been in use for two centuries.”