In the Kalyan leopard video, it can be seen the big cat jumps in a residential building from one window to another. 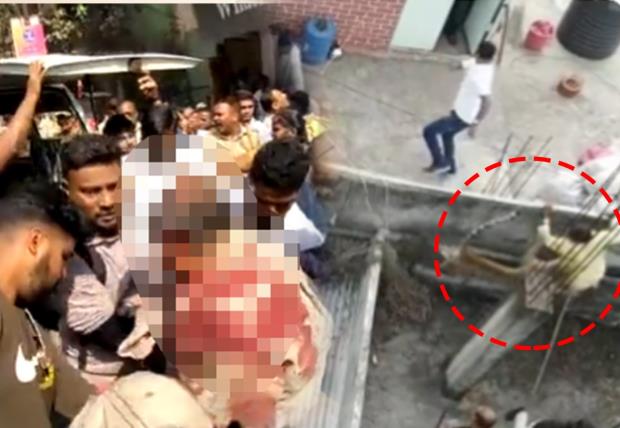 Fear and panic gripped the area after a leopard entered a residential area of Kalyan, Maharashtra, and attacked three people, leaving them injured. Kalyan leopard attack has been among the top talking point on trends and Twitter as there are multiple videos of the incidents that have emerged from the spot. Kalyan leopard attack video from the spot shows people terrified at the sight of the big cat as it roams across a window of a building in Navrang society, Kalyan area of Chinchpada.

In the Kalyan leopard video, it can be seen the big cat jumps in a residential building from one window to another. While some people stand outside and record the leopard, a few screams can also be heard. Another Chinchpada leopard video show, the leopard attacking one of the person present there on the terrace. Reportedly, the leopard had sneaked into the premises of Shreeram Anugraha Tower on Chinchpada Road in the morning, leaving panicked residents to call in the forest department and police personnel.

As per reports, Range Forest Officer Sanjay Channe was quoted by a news agency saying, "Three people sustained minor injuries and were given first-aid at a local hospital. The leopard has been kept captive and we are awaiting for a cage into which it will be shifted (for evacuation from the site)." Furthermore, reports suggested that one of the injured person is Rajiv Pandey, a 38-year-old teacher. He suffered head injuries after the leopard attacked him while wandering from one building to another. Finally, after a massive panic, a team from the Sanjay Gandhi National Park (SGNP) arrived at the spot to tranquilise the animal and release it in the wild.