Kangana Ranaut made a shocking claim on dead bodies floating in the Ganges; See Viral video

Kangana Ranaut said that the dead bodies streaming in the Ganges are of Nigerians, prompting a barrage of trolling on social media. 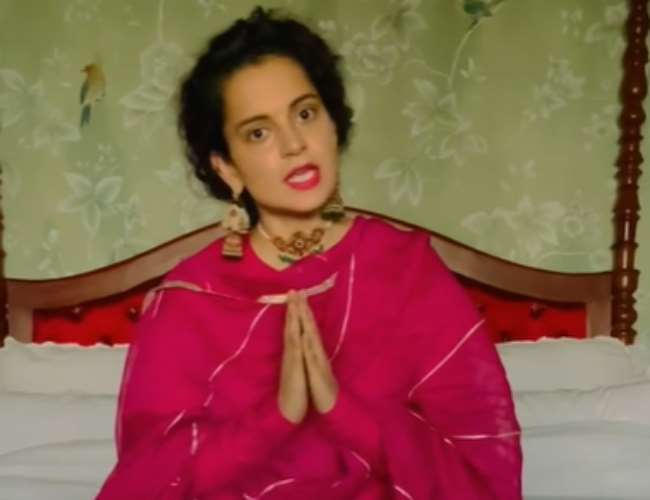 The number of persons who died in India as a result of the coronavirus pandemic is not declining.

According to government figures, around 4,000 individuals die every day from Covid illness. Bodies have been seen floating in the Ganges river in Bihar and Uttar Pradesh. There have also been stories of bodies being buried in the sand along the river's banks.

Meanwhile, horrifying images of eagles and birds hovering over dead bodies floating in the Ganges river have gone viral on social media. These photographs were discovered to be from the Unnao district of Uttar Pradesh and were taken in 2015.

However, after sharing these old Nigerian photos, Bollywood actress Kangana Ranaut received a lot of backlash on social media.

Kangana Ranaut posted a video to her Instagram account in which she stated that some people in our country defame the country by sharing such images.

Kangana said in the video, 'The pictures where the corpses are floating in the Ganges are becoming viral, it is learned that they are from Nigeria.

Kangana Ranaut is being trolled on social media for her latest comments on Nigerian bodies.

Surya Pratap Singh's tweet, on the other hand, has gotten a lot of attention.

'Kangna has tried to solve the case of dead bodies found on the banks of the river in Uttar Pradesh in the same way as the Prime Minister tries to fix the nation's crisis by talking in “Mann ki Baat,' commented a user called Shashi Shekhar.

A Twitter user named Santosh writes, 'Ganges flows in 28 districts of UP. Ask her, do you know their names? To report if there is Nigeria around them as well. And Kangana is a victim of mental illness, her talks should not be considered.