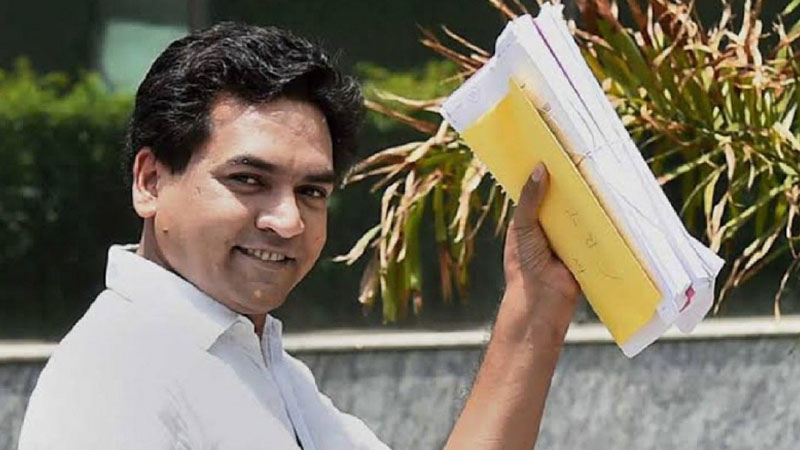 Kapil Mishra, in a tweet said, " India vs Pakistan 8th February Delhi. There will be a contest on Delhi Roads between India and Pakistan on February 8." 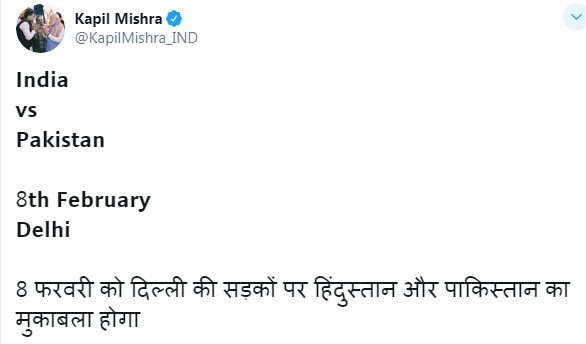 The district election office under the Delhi Chief Electoral Officer has sent a notice to Kapil Mishra for violating the Model Code of Conduct. He has been given a show-cause on his tweet. In case he fails to abide by the notice further action can be taken against him by the commissison for violating the poll conduct.

The controversial comment has also received sharp reactions from the Opposition and also the ruling Aam Aadmi Party (AAP), which Kapil Mishra quit to join the BJP. Now the Election Commission has taken note of the remark and a report will be submitted within 24 hours.

Also Read: Kejriwal takes a dig at Amit Shah says use our free charging points if your phone's battery ran out

Slamming the anti-CAA protests in Delhi, specifically the agitated protests in Shaheen Bagh, Kapil Mishra on Thursday called these protest sites "mini-Pakistan" and said the upcoming assembly elections will be a contest "on Delhi roads between India and Pakistan".

In another provocative tweet, Mishra said, "Pakistan has made its entry in Shaheen Bagh. Many mini Pakistans are being formed in Delhi. Indian law is not  being followed in Shaheen Bagh, Chandbagh, Indralok."

Congress spokesperson Abhishek Singhvi said such comments, be it from the Congress, the AAP or the BJP, are against democracy. He cited the example of BJP raising the slogan of a "Congress-free" India in 2014.