Special teams carried out raids on drug smugglers at Phagwara in district Kapurthala. 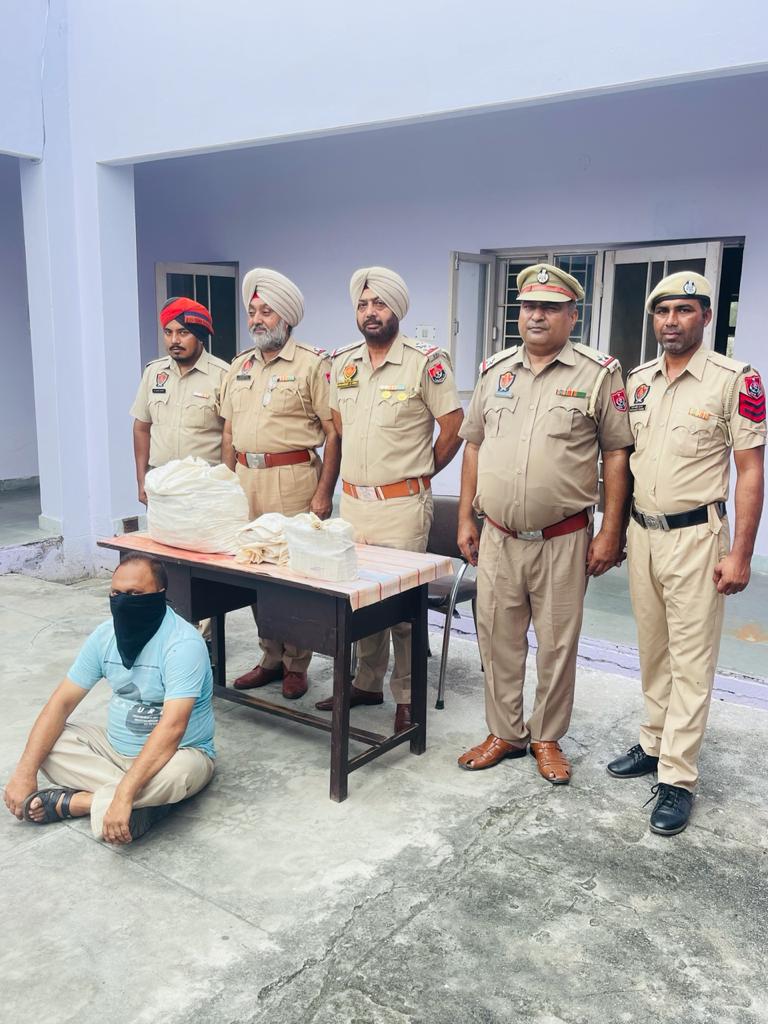 In its commitment to wipe out drug menace, Kapurthala police led by SSP Harkamalpreet Singh Khakh recently launched a special operation in the area of police station Sadar Phagwara.

Special teams carried out raids on drug smugglers at Phagwara in district Kapurthala.
In a press release, SSP said that different police teams were formed under the supervision of SP Sarabjit Singh and DSP Parmjit Singh of Phagwara to control drug meance. A police team led by CIA Staff Incharge Sikander Singh was coming from village Bhula Rai to Phagwara side of the highway in connection with the special checking of suspects. Then they notice one person, having suitcase in hand is coming towards village Bhulla Rai.

On suspicion, the Police party stopped him and asked him about his name and address and on checking his suitcase a large quantity of drug pills were recovered from his possession by the police.

The Police have seized as many as 15520 intoxicating tablets from his possession, and arrested the accused. A case FIR No. 98, dated 03-09-2021, U/s 21-61-85  of Narcotic Drugs and Psychotropic Substances (NDPS) Act registered against the accused at police station Sadar Phagwara.
The arrested accuse have been identified as Sukhdev Singh s/o Gajan Singh resident of H.No. 2468, Ajit Nagar, Near Park Mini Rose Garden, Ludhiana now living at village Bhulla Rai, Near Shiv Mandir, Phagwara, Kapurthala.
SSP further elaborated that during preliminary investigation the accused has revealed that he has brought these intoxicating tablets from Kaliyar Sharif district Roorkee, Uttrakhand in a suitcase by bus. He bought these tablets from Kaliyar Sharif at Rs 20/- per strip and supposed to sell the same at Rs 150/- per strip which amounts to hefty amount of 23 Lakh. This consignment of pills to be was to be supplied in Phagwara and its surrounding villages, which would make many youngsters addicted to drugs.
Giving more details SSP said, “the seized intoxicants are mostly pharmaceutical opioids. Many of these pharmaceutical products have legitimate and important medical use; however these products cannot be sold without a valid medical prescription from a registered medical practitioner.”
The accused was diverting these intoxicants pills, which are medically used for pain relief and treatment for opioid dependence, for extra-medical use, which can lead to major drug overdose issues and even deaths.

Also Read: SC Collegium approves elevation of these 'Four' advocates as Judges in Punjab & Haryana HC
SSP told that the arrested smuggler will be produced before the magistrate by the Police and their police remand will be sought to further investigate there backward and forward linkage so that further arrest can be made of those who are associated with these smugglers. The entire supply line will be exposed soon and anyone connected with the network will be arrested.
SSP reiterated that zero tolerance would be adopted against drug smugglers the drug menace.