A young man from Kashmir -- who locked himself for over 40 hours in a madrasa in old Mustafabad to escape the rioters during violence in parts of northeast Delhi -- on Friday recalled his horrific experience. 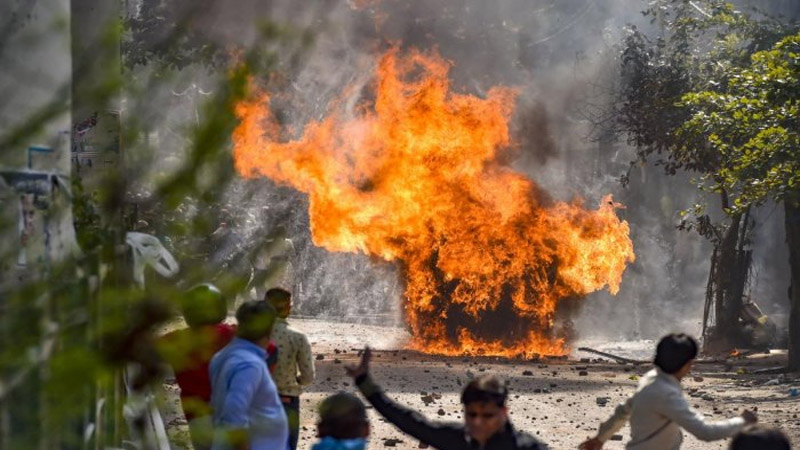 Basharat Shaifi, 25, told an eminent news agency that his ordeal began after rioting broke out in his Chand Bagh locality on Tuesday night. He said that he was studying in his rented house when an anxious neighbour, Hamid, came around 10 p.m. on Tuesday and asked him to flee since violence had broken out.

He said he lived elsewhere in Delhi earlier but had shifted to Chand Bagh three months ago to prepare for the civil service exams.

Shaifi said that fearing for his life, he locked his house and fled with only a mobile phone in his pocket. Hamid, a local, accompanied by his wife and children led them through the lanes and bylanes to old Mustafabad.

Also Read: Newly-appointed Delhi Commissioner S.N. Srivastava visits violence-hit areas. Minor asks him how will she give her exams

"It seemed we had travelled for hours to cover a distance of one-and-a-half km. We all reached a two-storey seminary around 10.30 p.m., but it was already swarming with people -- young, old, and children -- who too were trying to escape the rioters," Shaifi reminisced as he fought back tears.

Narrating how he was rescued, Shaifi said one of his friends was a Kashmiri journalist whom he contacted on Thursday and told her about his ordeal. She then contacted Deputy Commissioner of Police Rajan Bhagat, who was posted in the Crime Branch in old Mustafabad.

The IPS officer contacted him on phone to tell him about the evacuation plan, following which Bhagat went to the seminary along with a posse of security personnel on Thursday evening and rescued him.

Shaifi said he was at a loss for words to describe how he felt holed up in the crowded place for two nights and a day, always fearful of his safety.

On Friday, Bhagat told news agency that it was the police's duty to ensure the safety of every person stuck in violence-affected areas.

"As soon as I got information about Shaifi, I along with Crime Branch Inspector Vinay Tyagi and a posse of paramilitary force went to the madrasa. The young man was later sent to a safe place of his choice in a police vehicle," the officer said.

Get the latest update about Kashmiri Student, check out more about Stayed For Over 40 Hours, Locked Himself In Madrasa, IPS Officer Rescued Him & National News