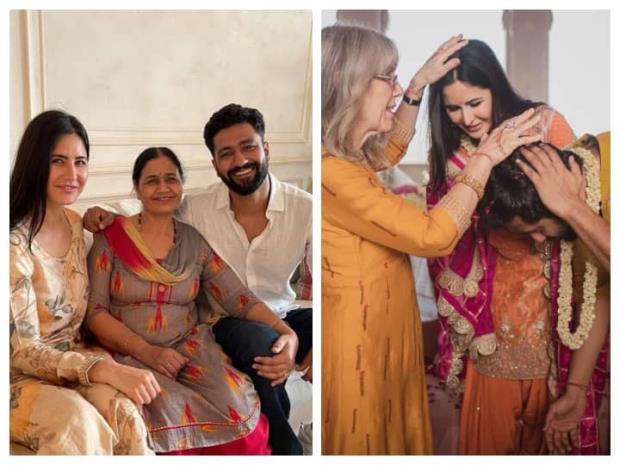 Katrina Kaif Mother's Day: It is true that mother's love is given the best place in this world. The praise of mother's glory is in the whole world. Now it comes to that relationship that where not one but two mothers love, whether a boy or a girl, after marriage, both of them have two mothers.
There is no difference between mother-in-law and mother's love, only the love of both may be different, the rites of love may be different, the language of love may change means mother-in-law's love may be different from mother's love, but mother's love may be different.
Love is like love. At the same time, on Mother's Day, everyone is showering a lot of love on their mother and mother-in-law. This special day was also seen in Bollywood. Where some stars posted their mother's name on one side. Some stars wrote posts in the name of both mother and mother-in-law. Katrina Kaif's name is also included in this list.
Also Read: Lock-Upp Winner Munawar Faruqui, His Journey from stand-up comedian to winning the show
On Mother's Day, Katrina showered love on mommy Suzanne and mother-in-law. Katrina shared two pictures on her Insta account. In the first picture, Katrina is posing with mother Suzanne Turquoise. Talking about the look, Katrina is seen in a white outfit.
At the same time, her mother is seen in a blue outfit. In the second picture, Katrina is seen with mother-in-law and husband Vicky Kaushal. All three are sitting on the sofa and posing smiling towards the camera.
With this picture, Katrina wrote – Mother's Day. Fans are very fond of these pictures of Katrina. Significantly, Vicky and Katrina took seven rounds in a very private way in Sawai Madhopur, Rajasthan.
Where only family members and close friends were present.   On the work front, Katrina Kaif will soon be seen in the film 'Merry Christmas'. Apart from this, she will soon be seen in 'Tiger 3', Bhoot Police with Salman Khan. At the same time, Vicky is shooting for Laxman Utekar's next film with Sara Ali Khan in Indore.