International pop singer Katy Perry has been slammed by a section of the internet for appearing to ignore security officials at the Mumbai airport over the weekend. At the Chhatrapati Shivaji International Airport, Katy was surrounded by fans and her security team as she headed inside.

She did oblige a fan with her autograph and as she proceeded, Katy was asked for her passport at the entry gate. Katy, however, did not provide her passport and instead, walked ahead while her team was heard conversing with the official.

The entire incident has been caught on camera as the video has gone viral on social media. Katy Perry was in Mumbai for her concert at the One Plus Music Festival. Grammy Award-winning star Dua Lipa also performed her chartbusters at the concert. 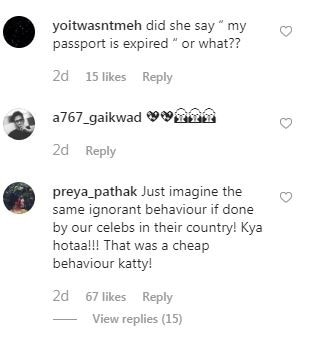