The three farm laws have stirred a massive protest for over a month now, where thousands of farmers are demanding the repeal of all the laws. 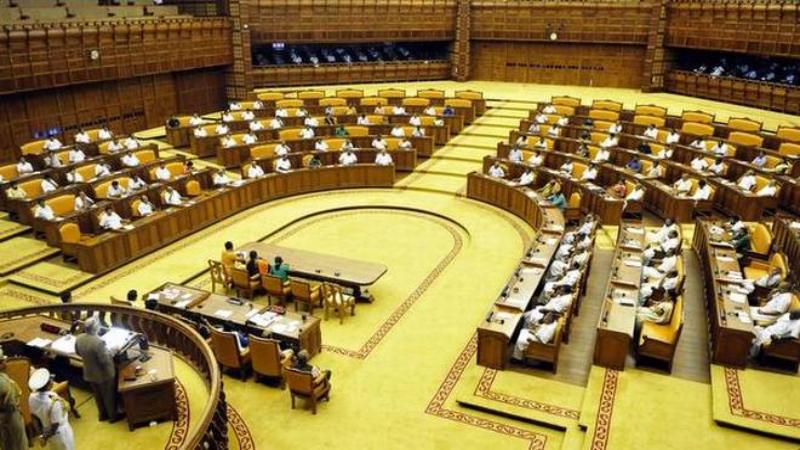 The Kerala Legislative Assembly today unanimously passed a resolution seeking the withdrawal of all the three contentious farm laws enacted quickly by parliament in September. Increasing fear of the protest, the state was concerned about the effects of the tumult on the farming sector, the resolution said "Kerala could not bear the impact of such a situation", particularly amid the ravaging COVID-19 pandemic.

Interestingly, even the BJP's lone member in the House did not oppose the resolution and was attacking the laws brought by its government.

"There should be a system where agricultural products are procured by the Central government and distributed to the needy at fair prices. Instead, it has allowed corporates to take over the trade in agricultural products. The Centre is shirking its responsibility of providing fair prices to farmers," Mr Vijayan said today, tabling the resolution in the House.

He said, "If these protests continue, it will affect Kerala badly. If agriculture produce stops coming to a consumer state like Kerala, the state will be pushed towards hunger.”

The CM said the farmers are worried about losing the present support price which could lower their bargaining power before the powerful corporates.

Referring to the ongoing farmers’ protest s historic, Mr Vijayan said, "Considering all this, the Kerala Legislative Assembly is requesting the Central government to cancel these three farm laws and accept the demands by farmers.”

However, the resolution was collectively passed in the House, with the BJP's lone member, O Rajagopal, not rebelling against the votes. "I did not vote...I support this resolution. We have certain differences over some arguments that they have put forward...I support the substance of the resolution," Mr Rajagopal said after the session.

CM Vijayan said the Centre must repeal the new farm laws in the country's interest. "The new farm laws have been formulated specifically to benefit major corporates. This will lead to an unprecedented crisis in the food sector in India," he said.

Vijayan also lashed out against Governor Arif Mohammad Khan for deciding against the convening of the Assembly session on December 23 for adopting the resolution.

Deputy Leader of the Congress in the Assembly, KC Joseph, also supported the resolution but criticized the LDF government for what he called its "mild reaction" to the Governor's decision not to convene the Assembly session on December 23 even after a democratically elected state government had recommended the same.

Joseph alleged that the Vijayan government was "not keen to attack the Prime Minister" and wondered why it was afraid of the central government and Narendra Modi.

Ahamed Khabeer of the Muslim League, KB Ganesh Kumar of the Kerala Congress, CPI leader and Revenue Minister E Chandrashekharan, and Janata Dal leader Mathew T Thomas were among the legislators who spoke in the House.