Kevin Federline posts a video showing argument between ex-wife Britney Spears and their sons, says "I can't sit back..."

The former couple tied the knot in 2004 and after two years of being together, the two separated in November 2006 with Federline getting the responsibility of raising the child with financial assistance coming in from Britney 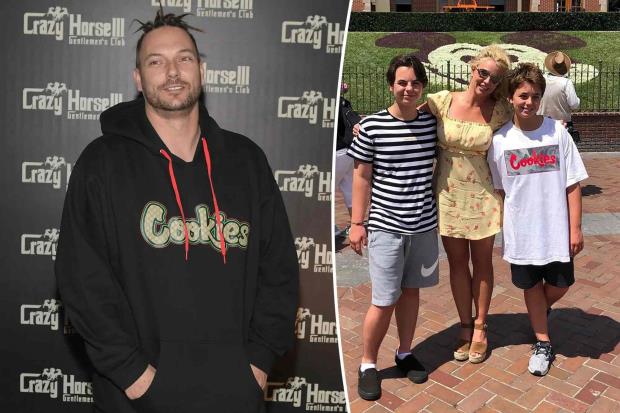 Kevin Federline posted a series of videos on Wednesday night showcasing the series of Public attacks his ex-wife Britney Spears has been doing on their two sons Sean and Jayden and reveals how contentious and problematic has been the relation among them over the years.

In the post, Federline says, "I cannot sit back and let my sons be accused in this way after what they’ve been through. As much as it hurts us, we decided as a family to post these videos the boys took when they were 11 & 12.

This isn’t even the worst of it. The lies have to stop. I hope our kids grow up to be better than this. The former couple tied the knot in 2004 and after two years of being together, the two separated in November 2006 with Federline getting the responsibility of raising the child with financial assistance coming in from Britney.

But, later with the change in the agreement of their boy’s custody Britney got access to co-parenting. In the first video, the singer is engaged in a bedtime argument with the boys, exclaiming, "This is my house, if I wanna come in here and give you lotion for your face cuz it is coarse, and all you tell me is "it's fine, it's fine" NO it's not fine.

"She continues, "You better all start respecting me, are we clear? And when Robin calls ... even Robin is a f*****g kid." Towards the end of the first video, Britney is heard saying "You all need to start treating me like a woman with worth. I am a woman, ok? Be nice to me. Do you understand?" The conversation then takes a switch to going ice skating.

Whereas in the second video posted by Kevin, the argument is over Preston not wearing his shoes in Public. The boys can be heard making arguments over Britney taking Sean’s phone away.

The video posted by Federline comes on the heels of an attack on Britney’s posts on Instagram complaining of her sons’ hateful conduct towards her.

Britney is now in relation with Sam Ashgari and is expecting her third child with him. Ashgari jumped in the support of Britney over Kevin’s post defending her partner’s claim. Whereas Kevin is married to Victoria Prince since 2013.