KGF 3: The storm of South's blockbuster film 'KGF Chapter 2' is not taking its name to stop. Yash's movie has set many records since its release. 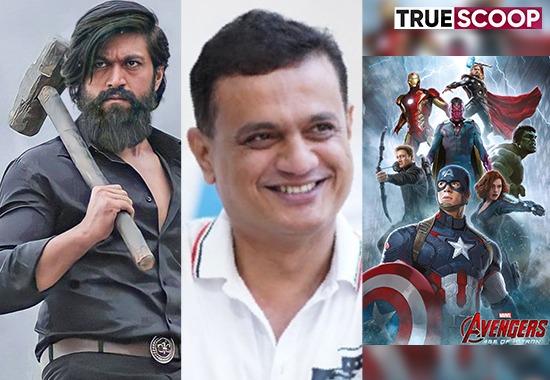 KGF 3: The storm of South's blockbuster film 'KGF Chapter 2' is not taking its name to stop. Yash's movie has set many records since its release. And there is no doubt to say that the film is being liked by the audience very much.
The storm of South's blockbuster film 'KGF Chapter 2' is not taking its name to stop. The versatile performance of Kannada actor Yash in the film KGF 2, has been praised by everyone. At the same time, after the second part of the film, now the audience is eagerly waiting for the third part of this film.
A piece of big news related to the film is coming out for the fans who are eager about the third part of the film. Recently, the Kannada film producer Vijay Kirgandur made a big statement about KGF-3. During an interview, Producer Vijay Kirgandur was asked many questions about KGF-3, answering which he gave many details about the film.
However, regarding the upcoming release date of KGF 3, Vijay Kirgandur said that the director of the film Prashanth Neel is currently busy with 'Saalar'. As per the report, the shooting of this film will be completed by October or November this year, after which the shooting of 'KGF 3' will start. He also discussed the release of the film, which is expected to be released by 2024.
Also Read: Modern Love Mumbai review: The love stories set in Mumbai, are they worth watching?
The Kannada movie producer Vijay Kirgandur also said that now 'KGF' is also looking to bring something like Marvel Universe. Therefore, For this, interesting characters from various will be taken to give a more advanced look. Along with this, such actors of North can also be taken in the film who knows action, such as 'Hrithik Roshan'.
Talking about the film KGF 2, the film was released on 14 April in Telugu, Tamil, Kannada, Hindi and Malayalam languages ​​across the country. Apart from Yash, the Prashanth Neel directorial also stars actors Srinidhi Shetty, Sanjay Dutt, Raveena Tandon, Archana Jois, Prakash Raj, Saran Shakti and Malavika Avinash in pivotal roles.