Sahdev Dirdo, the kid behind viral video “Bachpan Ka Pyar” met with an accident on Tuesday and is critical. Read to know more 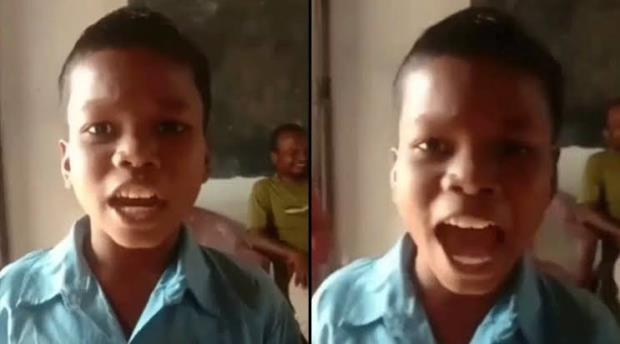 Among one of the highlights of 2020 was the song “Bachpan Ka Pyar” sung by a little kid. In most part of the year, irrespective of which social media platform one logged on to, this cute kid would appear on the screen, singing “Bachpan ka pyar bhool nahi jana re” in a melodious voice with utmost innocence.
However, in a disheartening piece of news, the kid whose name is Sahdev Dirdo met with an accident on Tuesday and is reportedly critical. Sahdev was travelling with his father on a motorcycle in the Sukma district of Chhattisgarh when he fell and sustained injuries.
He was soon taken to the district hospital, where he was shifted to Medical College Jagdalpur for further treatment. Having suffered head injuries, Sahdev is said to be critical.
ALSO READ: Viral video: Snake bites Popstar Maeta on face
As per reports, Sukma Collector Vineet Nandanwar and Superintendent of Police Sunil Sharma reached the district hospital to enquire about the kid. Directed by the SP, ASP Chandel discussed the case with a neurologist in Jagdalpur.
Sahdev fetched a lot of love and appreciation from the netizens after his viral video took the internet by storm. People tried recreating the video with several expressions. A lot of artists also made various edited versions of the song. Many renowned singers also took note of the video and encouraged him to keep singing and entertaining people.
The video, purportedly shot in school, shows Sahdev singing in front of the class as the teacher and other students listen patiently and enjoy.
After the news of his accident spread over the internet, people have been praying for his well-being. A lot of good wishes are pouring in his support.