Kili and Neemasang the Indian National Anthem on Republic Day and paid tribute to Lata Mangeshkar. 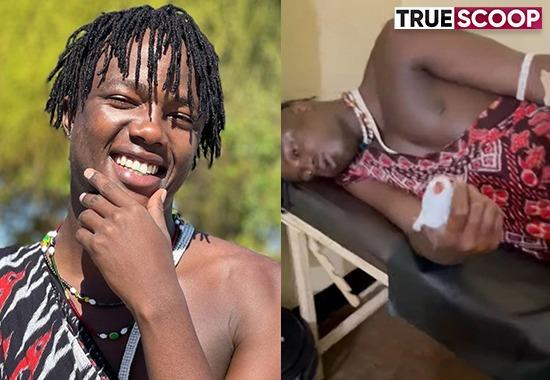 Kili Paul, the Tanzanian viral internet phenomenon who came to prominence with his sister Neema by lip-syncing to Indian music, has been hurt when unknown individuals attacked him with a knife and battered him with rods and a club.
On his Instagram story, he revealed the specifics. He claims he was assaulted by five persons and received five stitches as a result of the assault. He went on to say that he defended himself and fought off two of the attackers.
In his Instagram story, he wrote “I was attacked by 5 people in the movement of defending myself my right-hand toe was injured by a knife and I received 5 stitches and I was beaten by sticks and clubs but Thank God I defended myself after beating two people they ran away but I was already injured pray for me (sic),”. Well, he did not reveal who attacked and why was he attacked.
Also Read: PM Modi's 8 years of 'misgovernance' is case study on how to ruin economies: Rahul
Kili and hisNeema are cattle ranchers from Tanzania's Eastern Pwani region. Indians have been captivated by their videos in traditional Masai attire. PM Narendra Modi praised the siblings in February on his monthly radio show Mann Ki Baat after they sang the Indian National Anthem on Republic Day and paid tribute to Lata Mangeshkar.
They said in an interview with BBC Africa that they fell in love with Hindi music while at school in Dodoma, Tanzania's capital. “I fell in love with the movies and their songs. When you love something, it is not difficult to pick up or mimic,” Kili quoted.