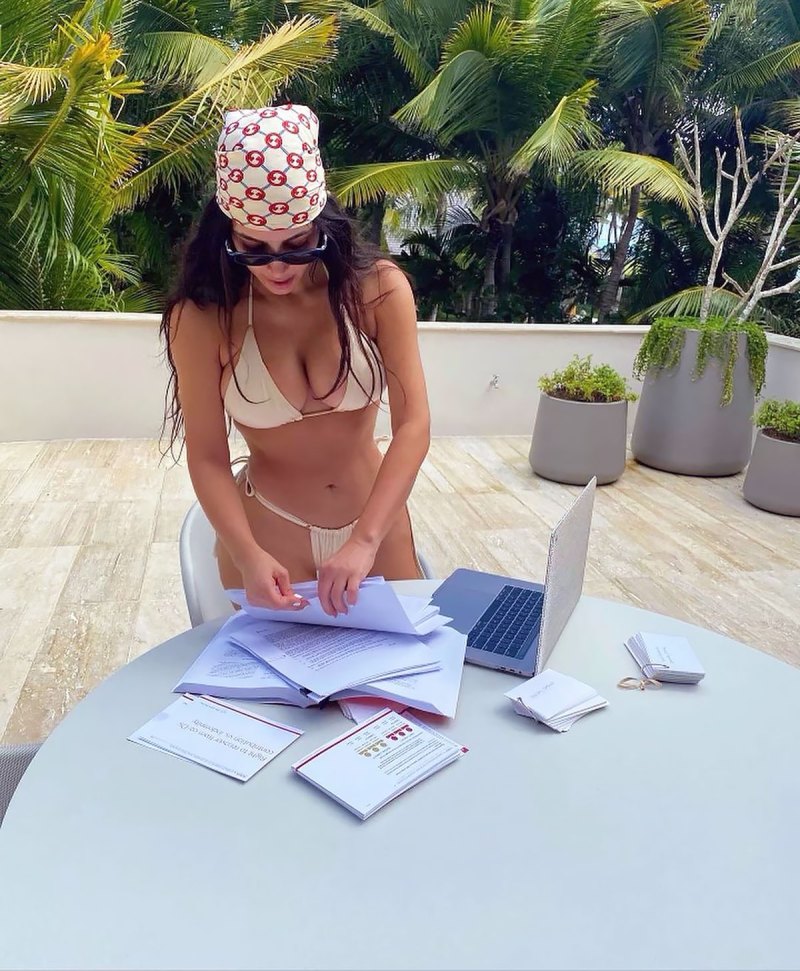 Kim Kardashian is a multi-billionaire, reality television star, and law student all rolled into one. The makeup mogul began practicing law in 2019 and has remained dedicated to it ever since. Despite her divorce from Kanye West, Kim is still studying, and she recently posted a picture of herself in nerd mode on Instagram. Kim's study mode, on the other hand, appears to have a tan. For the same reason, the KUWTK star put on a string bikini and went outside to study on her patio. Kim wore a beige bikini, sunglasses, and soaked up the sun while surrounded by books, her laptop, and some notes. Her hair was left free, but it was tied back with a scarf bandana.

"Studying in the Sun," she captioned a collection of images she posted. The reality star's outfit was compared to Elle Woods in Reese Witherspoon's Legally Blonde, who wore a bikini for her Harvard Law admissions video.

Kim's photo drew a lot of attention, with one person saying, "What is the name of this law school? I'm looking for a companion." "My LAWYER IS (multiple fire emojis)," one person wrote. "Elle Woods wishes," read one comment, pointing to Legally Blonde. After the announcement of Kim Kardashian's divorce, a recent news article reported that the billionaire has been courted by a number of celebrities, billionaires, and actors. Kim, on the other hand, seems to be concentrating solely on her career, studies, and four children at the moment.

The actress, who divorced Kanye West in February 2021, flaunted her Yeezy sneakers. While sifting through documents, Kardashian flaunted her toned body. The future lawyer practiced laws in an outdoor oasis. However, Kim seems to be concentrating solely on her career, studies, and four children at the moment.