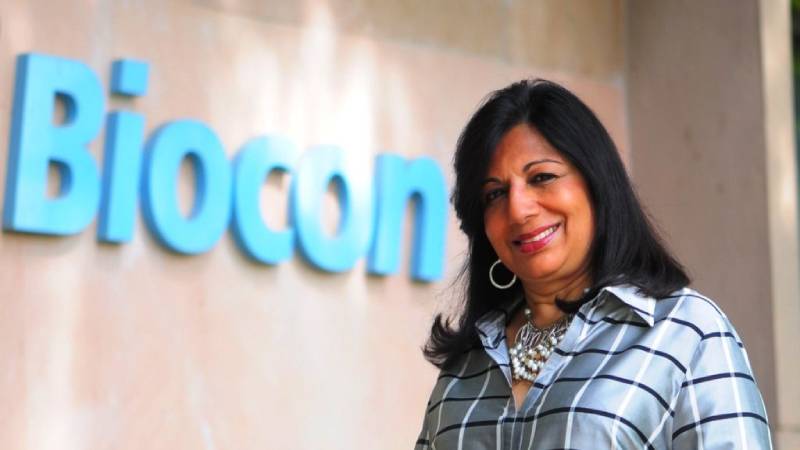 As the race to develop Coronavirus vaccine is going stronger in the world, chairperson and managing director of Bengaluru-based Biocon Ltd Kiran Mazumdar-Shaw feels  India could have a vaccine by mid-2021.

Mazumdar-Shaw said that it was likely that the vaccine will be available in the country by June, but pointed out that delivering the vaccine to each Indian citizen will be a challenge.

"I expect that the first mRNA vaccines will be approved by the end of the year. But they are not going to be available in India because they require a -80 degree cold chain and that is not something which we can handle here," she said.

Pharmaceutical firms across the globe and in India are in various stages of trials while some have reached the late-stage clinical trials to come up with a vaccine for this deadly infection.

India is the second most-affected country in the world with more than 7.8 million coronavirus cases.

"I expect that by January, some of the other vaccines could be approved like AstraZeneca's or one of our Indian vaccines like the one by Bharat Biotech. If we finish the clinical trials in the next two-three months, even those may be approved by January-February. So I would expect that in Q1FY22 we should have vaccines available in India and other parts of the world," Shaw said.

In a recent interview, Kiran Mazumdar said that these vaccine candidates would be approved for emergency use. The full approval and authorization would come only after determining the durability of responses the vaccines are getting. Aadhaar numbers can come as a help in the vaccination process Shaw said, especially with vaccines that might require two doses. She believes adult vaccination has never been executed at such a large scale.

Shaw said, "I think Aadhaar is the best way to do it as it allows you to do something at a massive scale in such an efficient way unlike any other country can do.”

Also Read: "We are at a critical juncture in this pandemic": WHO Chief Dr Tedros

"We have been impacted by much higher research and development (R&D) spend that has gone up by almost Rs 44 crore and a net loss of Rs 18 crore in forex compared to a net gain last year, Shaw said.