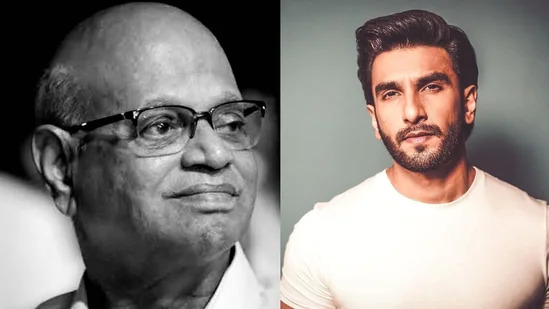 The COVID 19 pandemic has had a major impact on the film industry. Although shootings have been halted and major releases have been delayed, the industry has also lost one of its most talented actors today. Kishore Nandlaskar is a well-known Marathi actor who is also well-known in Bollywood for his roles in films such as Vaastav, Simmba, Singham, and Jis Desh Mein Ganga Rehta Hai. According to media sources, the 81-year-old actor died in Thane today as a result of COVID 19 complications.

While Kishore's death came as a shock to everyone, Ranveer Singh used his Instagram account to pay his final tribute to him. On his Instagram account, the Dil Dhadakne Do actor posted a monochromatic photo of the late actor, mourning his death. Ranveer shared his sorrow by captioning the photo with a broken heart emoticon. For those unfamiliar, Ranveer collaborated with Kishore Nandlaskar in Rohit Shetty's 2018 cop drama Simmba, in which the late actor played a supporting role.

In 1982, he made his Marathi film debut in 'Navarre Sagle gadhav,' and went on to star in films such as 'Bhavishyachi Aishi Taishi: The Prediction,' 'Gaon Thor Pudhari Chor,' and 'Jara Japun Kara.'

You can see Ranveer Singh’s post for Kishore Nandlaskar here.

Talking about Kishore’s demise, his grandson had told, “My grandfather was admitted to a Covid-19 Center in Thane on April 14 after he tested positive last week. He breathed his last in the Covid center between 12.30 pm to 1 pm. He was having trouble breathing and talking before being admitted to the Covid center. His oxygen level had also fallen significantly.”