Cricketer KL Rahul and actor Athiya Shetty have been together for a while. The couple is going to be Ranbir Alia’s neighbour soon. 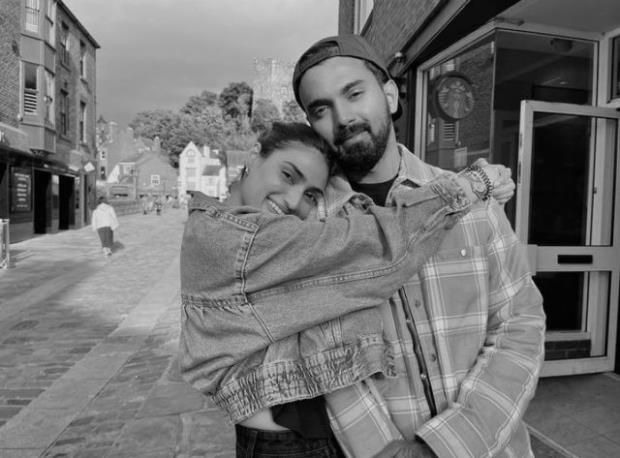 Looks like there is going to be another celebrity couple going to live together soon. Cricketer KL Rahul and actor Athiya Shetty, who have been together for a while now, will reportedly tie the knot later this year.
Rahul is currently leading the Lucknow SuperGiants in the IPL.
According to ETimes, a full floor (9th to be precise) has been bought in a building in Pali Hill in Mumbai. KL will stay in the rented house until the new house is fully done up. Athiya and KL Rahul will house themselves in a building called Sandhu Palace, whose construction has still not been fully completed. It is just 2 buildings away from Vastu, Ranbir - Alia's house after marriage, until they shift to Krishna Raj as and when it is ready to be occupied.
Also read:'Acharya' Review: Chiranjeevi, Ram Charan father-Son duo remain 'Ordinary'; Fans say 'not so special'
It was in 2019 that the couple first started dating. The very same year, they got the internet buzzing with one of their first official posts together. Earlier this month, at the premiere of her brother Ahan Shetty’s debut film Tadap, they made their red carpet debut as a couple. Rahul posed with Athiya and her family at the special screening in Mumbai.