This heart-wrenching incident shocked everyone. Singer Sidhu Moose Wala was shot dead in a village in Mansa, Punjab, on Sunday, 29 May. 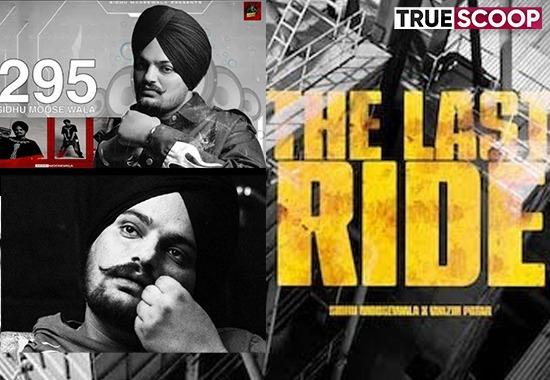 Sidhu Moose Wala Death Reason: The entire entertainment world is in shock due to the murder of Punjabi singer Sidhu Moose Wala. This heart-wrenching incident shocked everyone. Singer Sidhu Moose Wala was shot dead in a village in Mansa, Punjab, on Sunday, 29 May.
While his two other companions who were with him during the attack were found injured in the attack. Singer Sidhu had joined the Congress party only last year. Apart from this, Singer also participated in the elections of the Punjab Legislative Assembly, in which he was unsuccessful.
Singer's sudden death at the age of 28 shocked everyone. From the entertainment world to fans and social media, this news has shocked everyone. This incident has dealt a bad blow to Bollywood, the TV industry as well as Punjabi industry. Everyone is sharing their reaction to the painful death of the singer through social media.
At the same time, Punjabi singer Sidhu Moosewala is the name whose flame was from Punjab to Canada. His songs had not only Punjabi but also foreign fans. In such a situation, some fans are associating the last song of the singer with his death. He says that the connections of his death are visible in the last song of singer Sidhu Moose Wala.
Also Read: Punjab DGP clarifies that he has never affiliated Sidhu Moosewala with gangsters
Gangster Lawrence Bishnoi took the responsibility for his death
Meanwhile, there are also reports that Goldy Brar, an accomplice of gangster Lawrence Bishnoi and sitting in Canada, has taken the responsibility for killing Sidhu Moose Wala. However, the investigation on this is still going on. Meanwhile, "The Last Ride" is trending quite a lot on Twitter.
Singer Sidhu is a recently released song which was released on 15 May only. Let us tell you that his song The Last Ride was launched on his YouTube channel. Within a few days of this song, the mark of 10 million views was crossed. Many fans of the singer are associating this song with his death and telling a new connection.
What is the connection between 295 and 'The Last Ride'?
Also, Sidhu Moose Wala has a very popular song titled 295, and the day he was shot, the date was 29th, month 5th that's why his fans and audience noticed this and connected it. This connection between 295 and 'The Last Ride' is being seen by adding users. The poster of this song is also testifying to this connection.
Singer's murder has once again made these songs viral. The Last Ride is trending fast on Twitter. After listening to this, people say that it seems as if the singer had already guessed about his death. Through this song, he is indicating the same thing.