Munmun Dutta aka Babita Ji may leave the show Taarak Mehta Ka Ootlah Chashmah as she hasn’t reported on sets after the casteist slur controversy. 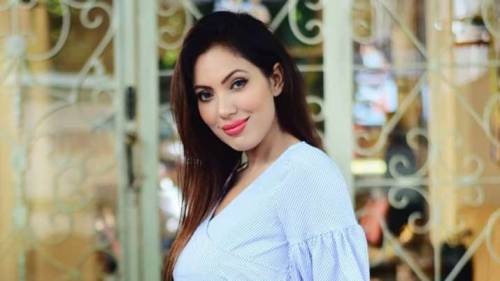 Taarak Mehta Ka Ooltah Chashmah is one of the longest-running comedy-drama. Its characters are liked by everyone, Babita Ji is one such character. Munmun Dutta is seen as Babita Ji and is in the headlines for a long time. Recently, the actress was in controversy because of the casteist remark and complaints have been filed against her at many police stations on this matter.

Reportedly, Munmun Dutta has not reached for the shooting of the show since controversy and at the same time, according to some entertainment media organizations, the actress would not continue the show. The entire team has been shooting in Mumbai for the past month and Munmun Dutta is absent.

This all buzz started after Munmun Dutta posted a video on her YouTube channel. In the video Munmun mistakenly used the word “bhangi,” this hurt the sentiments of many netizens. This created a storm on social media and #ArrestMunmunDutta was trending on Twitter.

However, seeing the growing tussle, Munmun Dutta not only deleted the video but also apologized to the folks by writing a post on Instagram.

The Taarak Mehta ka Oolta Chasmah star wrote, “I sincerely would like to apologize to every single person who has been unintentionally hurt by the usage of the word and I sincerely regret the same.”

Lead actress Disha Vakani, aka Daya Jethalal Gada, of the Taarak Mehta show, has not returned to the show for the past three to four years. The actress took maternity leave from the show. Apart from Disha, Neha Mehta, who played the character of Anjali Tarak Mehta, left the show a few months back, after which Sunaina Faujdar was featured as Anjali. Now, if Munmun would leave the show it would be overwhelming for the show makers and show lovers.