During the Koffee with Karan show, Kiara Advani revealed that she had met Sidharth Malhotra even before they were cast in the movie Shershaah. 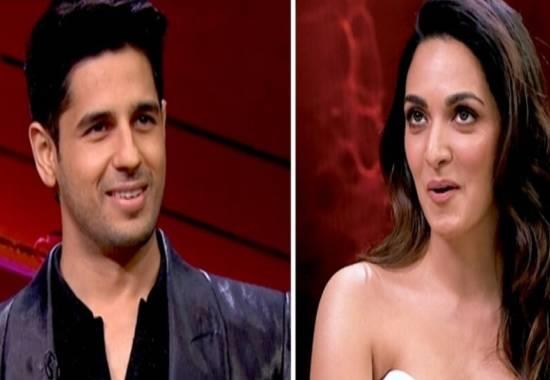 Furthermore, she also shared when she first met Sidharth Malhotra. Kiara said, 'Sid and I know each other from before we were cast in Shershaah." When Karan Johar asked when she first met, Kiara replied, "Yes at the wrap party of Lust Stories which we crashed."

Divulging more details, Karan Johar said, "We crashed a friend's house and the cast of Lust Stories as we had and Sid also came to the party and that's where you (Kiara) and Sid met for the first time." When Shahid said that it is good to remember your first meeting, Kiara said, "Of course, I will never forget."

It is pertinent to mention here that Sidharth Malhotra also appeared in the previous episode of Koffee with Karan 7 along with Bollywood actor Vicky Kaushal and he too talked about his relationship with Kiara Advani.