Six days after the gruesome murder of Sushmita Mondal and her 13-year-old son Tamajit, two of her cousins were on Sunday arrested for allegedly for killing the duo, Kolkata police said. 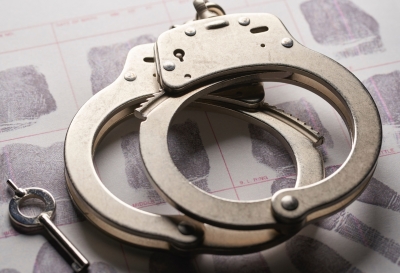 Six days after the gruesome murder of Sushmita Mondal and her 13-year-old son Tamajit, two of her cousins were on Sunday arrested for allegedly for killing the duo, Kolkata police said.

"We have arrested Sanjay Das and his brother Sandip for allegedly killing Sushmita Mondal and her son. Prime facie evidence and information gathered from the interrogation suggests that they killed them because of money," Joint Commissioner of Police, Crime, Murlidhar Sharma said.

"They thought that Sushmita Mondal, who had the habit of accumulating gold, might have a huge amount of jewellery in her house. They killed her for that. The son was murdered as he - doing online classes at that time - became witness to the murder."

However, the JCP said that the accused didn't get too much gold.

According to the police, Sanjay Das, who works in a shopping mall as a CCTV mechanic, had taken a huge loan because of his elder son's marriage. "The money lenders were coming to his house and he wanted the money to repay the loan. Previously he had taken Rs 5,000 from his sister but didn't pay it back," a senior police officer said.

"On that day, Sanjay and Sandip went to their sister's house and asked for money. She, however, refused to give more. Then when she went to make tea for them, Sanjay slit her throat and then to be sure, he started stabbing her. The son, who was doing his online class, came out of his room and saw the murder. The two brothers then killed him also," the officer said.

Police also have reasons to believe that Sanjay Das had planned the murder long before.

"He did a recce of the place two to three times and detected all the CCTVs in that area," the officer said. "We are looking into whether anyone else is involved in the murder," he added.

The 45-year-old Mondal and her son were found murdered at a posh Parnasree area in Behala on September 6. The murder came to light when police got a call from her husband Tapan Mondal, and rushed to the spot. The woman's body was found in a pool of blood in her master bedroom with her throat slit open, and her son was found dead in a sitting position with a similar kind of deep cut in his throat.

Initially, Tapan Mondal was detained but later released as police were sure that the murder has been done by one or more persons who are known to the family because after questioning the neighbours, they came to know that the woman never opened the door without knowing the visitor's identity.