The rumors about the charming duo dating each other surfaced after Varun Dhawan recently hinted at Kriti’s alleged relationship during the promotion of their latest film ‘Bhediya' Author : Tushar Singh 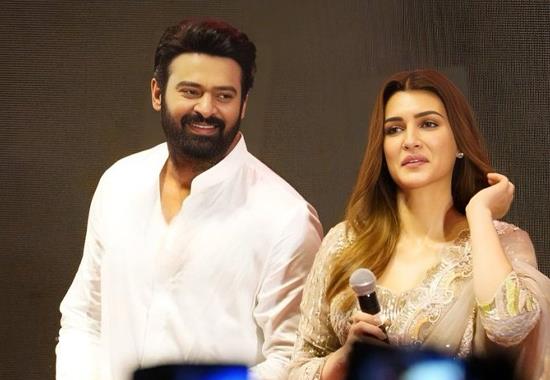 Amid the widespread rumors over dating talks Jr Rebel star Prabhas, and B-Town star actress Kriti Sanon have opened up for the first time in a while. Taking to her Instagram handle the actress went on to post a story writing.

“It's neither Pyaar (love) nor PR.. our Bhediya just went a little too wild on a reality show. And his fun banter leads to some Howl-arious rumors (woman facepalming emoji).”

The actress went on to write, “Before some portal announces my wedding date-let me burst your bubble. The rumors are ABSOLUTELY baseless! (folded hands and shrug emoji)." She also added a 'fake news' sticker.

The rumors about the charming duo dating each other surfaced after Varun Dhawan recently hinted at Kriti’s alleged relationship during the promotion of their latest film ‘Bhediya’ alongside Kriti on the dance reality show, Jhalak Dikhhla Jaa. Although her co-star didn’t name Prabhas.

Prabhas is currently working with Deepika Padukone on a bilingual film Project K which will also star Amitabh Bachchan and is said to be featured among one of the most expensive Indian films of all time.

December OTT Release: From Freddy to CAT, top shows and movies to watch in December

Speculations about the duo’s relationship were making rounds online for a few months now after the two of them were seen working together on Adipurush which also remains engulfed in controversy and is directed by Om Raut. The movie is set to release on June 16 next year and is based on the epic Ramayana.

Prabhas plays Lord Ram while Saif Ali Khan stars as the antagonist Lankesh in the movie. Kriti will be seen as Janaki and Sunny Singh as Lakshman.