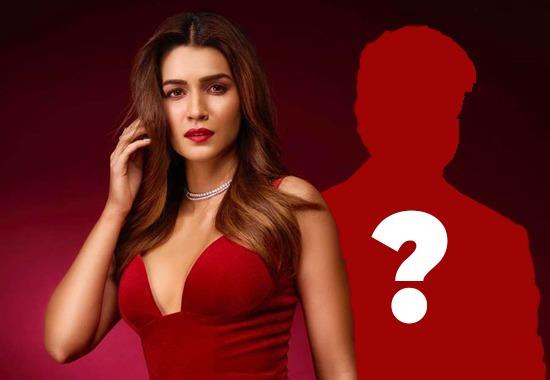 Top Bollywood actress Kriti Sanon is gathering all the headlines these days as her movie Bhediya has got released. The actress is not getting praised for her stunning performance in movie but her statement in an interview has fueled many rumors related to her marriage. Kriti Sanon who was working for film ‘Adipurush’ got really close to pan-India actor Prabhas. Since then fans can’t keep calm but link both actors together.

As if Kriti Sanon and Prabhas's chemistry and bond during trailer launch of movie was not enough, a statement by actress in her latest interview has raised speculations of her getting married to Prabhas. In recent interview with India Today, Kriti Sanon revealed that she wants to marry Prabhas. Interviewer asked actress who she’d date, flirt with, and marry if given the options of Kartik Aryan, Tiger Shroff, and Prabhas. To this Kriti replied, “I would flirt with Kartik, date Tiger, and would rather get married to Prabhas.”

Prabhas is surely the most eligible bachelor in town. Earlier the actor was linked with his Bahubali co-actor Anushka Shetty but soon the duo called all rumors baseless. Speaking about Kriti Sanon, actress is currently busy promoting her upcoming film Bhediya.

Fans of Prabhas and Kriti are already hoping that duo gets married to each other in no time soon. Several videos of Kriti Sanon speaking about Prabhas and rooting for him keep on doing rounds on various social media handles.

Adipurush starring Prabhas, Kriti Sanon and Saif Ali Khan is one of the most-awaited movies of Bollywood. THe film is all set to release on June 16, 2023 in theatres.