To take a dig at PM Modi, Kunal Kumra morphed the video of the 7-year-old and dragged him into his 'filthy politics'. 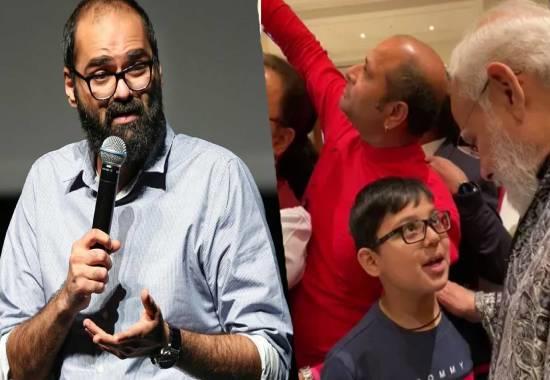 Comedian Kunal Kamra who is known as an arch-critic of PM Modi might have hurt the sentiments of the father of the 7-year-old kid who sang a beautiful patriotic song for the Prime Minister of India during his visit to Berlin, Germany. Recently, a video went viral on social media in which PM Modi was seen enjoying the patriotic song sung by a 7-year-old boy in Berlin. To take a dig at PM Modi, Kunal Kumra morphed the video of the 7-year-old and dragged him into his 'filthy politics'.
Kunal Kamra on May 3 shared the morphed video of the 7-year-old boy saying 'Now, who did this?' with multiple laughter emojis. As a result, Kumal Kamra fans started abusing the innocent kid for expressing his patriotism for his country to PM Modi. However, Kunal Kamra's morphed video of the kid soon caught the attention of his father on Twitter. As a result, the father of the 7-year-old lambasted the comedian and warned him to keep his out of his 'filthy politics'.
Ganesh Pol, the father of the seven-year-old Indian-origin boy tore apart Kunal Kamra and said that his son wanted to sing the song for his beloved motherland and added that though he was still young, he loved the country more than Kamra did.

"He is my 7 year old son, who wanted to sing this song for his beloved Motherland . Though he is still very young but certainly he loves his country more than you Mr. Kamra or Kachra watever u are. Keep the poor boy out of your filthy politics & try to work on your poor jokes. (SIC)," wrote Ganesh Pol, the father of the seven-year-old.
However, despite apologising for dragging a little child to further his agenda, Kunal Kamra shamelessly hit back at his father saying, 'there are songs that he should listen to from people of his country also."
"The video is in the public domain by a news Organisation. The joke is not on your son, while you enjoy your son sing for his motherland to the most popular son, there are songs that he should listen to from people of his country also," wrote Kunal Kamra.
When social media users flagged Kunal Kamra's post as derogatory in nature and appealed to the NCPCR to take action against him, the comedian came out with his own logic. Kamra stated that it was PM Modi who made the boy viral, he just changed the background song. "The father is guiding the child towards demo singing to PM while everyone has cameras rolling & footage shared on social media, PM got the kid in public domain not me. I just made the child sing a song the PM much rather hear," wrote Kamra.
Also Read: Akshay Kumar clean bowled over PM Modi enjoying Indian kid's 'Deshbhakti song' on Europe visit; Watch
NCPCR acts on stand-up comedian Kunal Kamra's Twitter post
Kunal Kumra doctoring the video of a 7-year-old also came under the scanner of the National Commission for Protection of Child Rights (NCPCR) after many Twitter users appealed them to take action against the comedian. As a result, the National Commission for Protection of Child Rights (NCPCR) asked Twitter to take down Kunal Kumra's post. Furthermore, Police action against Kamra's action is also expected. 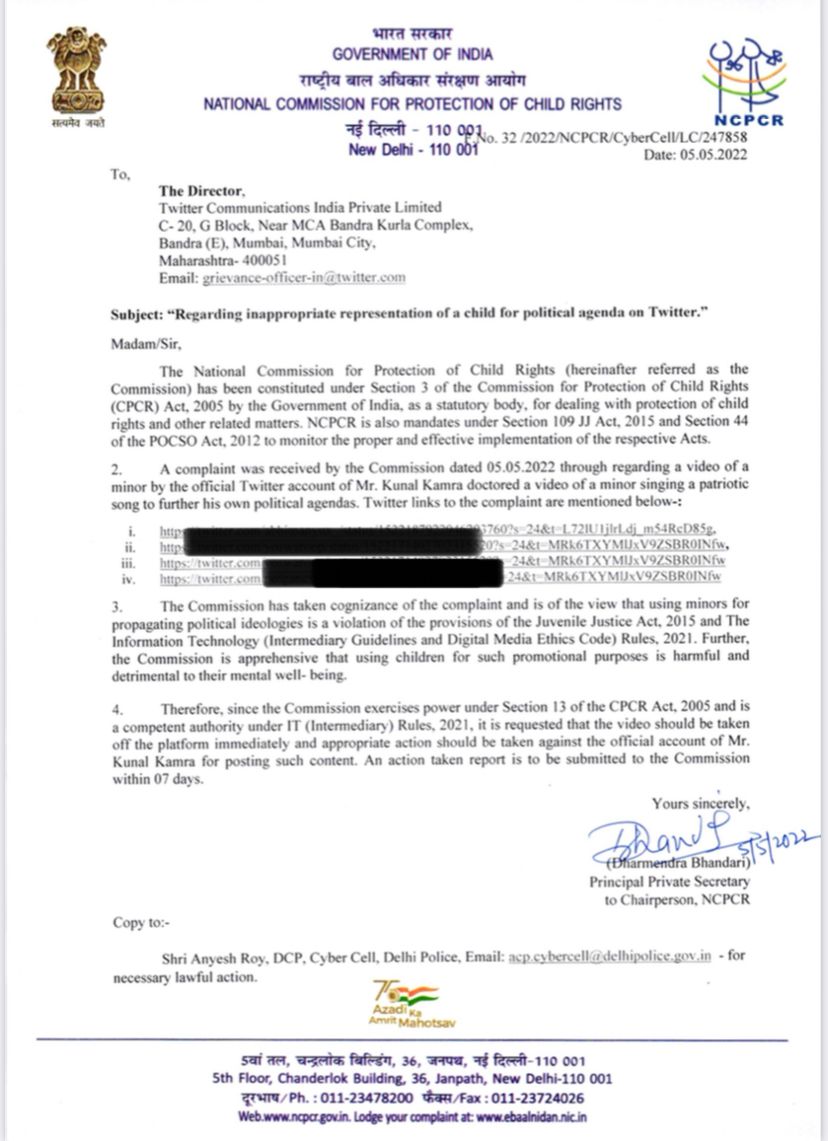