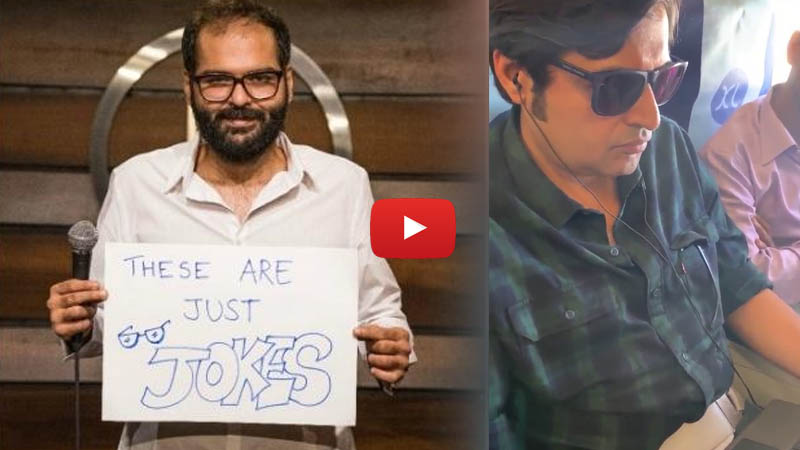 Stand up comedian Kunal Kamra has been suspended by IndiGo airlines and Air India for six months. The airlines took the step after the comedian roasted a TV anchor Arnab Goswami onboard their flight.

"In light of the recent incident on board 6E 5317 from Mumbai to Lucknow, we wish to inform that we are suspending Mr. Kunal Kamra from flying with IndiGo for a period of six months, as his conduct onboard was unacceptable behaviour," an official statement from the airlines said.

The airlines also advised its passengers "to refrain from indulging in personal slander whilst onboard, as this can potentially compromise the safety of fellow passengers."

In response to the ban, Kunal Kamra took another jibe at the government. referring to the announcement of Air India sales, Kumar Kamra said: "Thank you Indigo a six month suspension is honestly very kind of you...
Modiji might be suspending Air India forever." 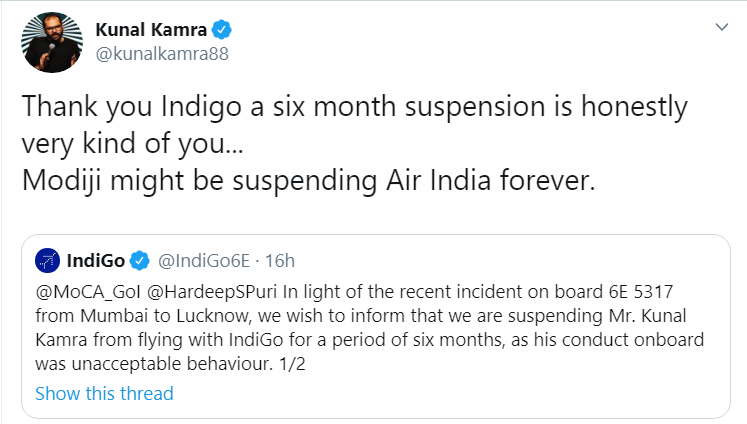