India-born Kuldip Singh Sahota has become the first turban-wearing Labour peer and the only Sikh on the Labour benches in the House of Lords. Author : Rakesh Behal 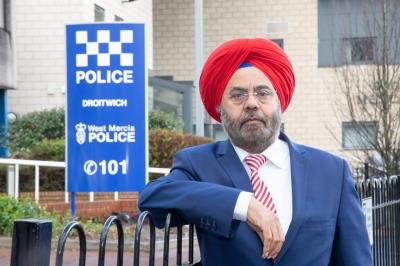 India-born Kuldip Singh Sahota has become the first turban-wearing Labour peer and the only Sikh on the Labour benches in the House of Lords.

Sahota, 71, who has served as Councillor at Telford and Wrekin council since 2001 for 21 years, was nominated by Labour Party leader Sir Keir Starmer and will thus be addressed as Lord Sahota.

Sahota was on former UK PM Boris Johnson's resignation honours list for his public service. In the UK, peers are appointed by the monarch on the advice of the Prime Minister to serve for their life.

"Kuldip becomes the first-ever dastar-wearing Sikh on the Labour benches in the House of Lords and will serve as a role model for Sikhs across the community," said Neena Gill, Chair of Sikhs for Labour, a group that promotes shared values of the Labour Party and the Sikh community.

He has also served as chair of the West Midlands Labour Party Regional Board and has stood as Labour candidate for police and crime Commissioner.

Sahota was born in Garhdiwala, in Punjab's Hoshiarpur and moved to the UK in 1966 to join his father. He is married with two grown-up sons and two grandchildren, all of whom live in Telford.

Sahota has also been volunteering in a number of roles across the community in the West Midlands in addition to being a member and activist of the Labour Party for over 25 years.

Members of the House of Lords are sometimes referred to as peers. Most members are Life Peers although 92 sit by virtue of hereditary title.