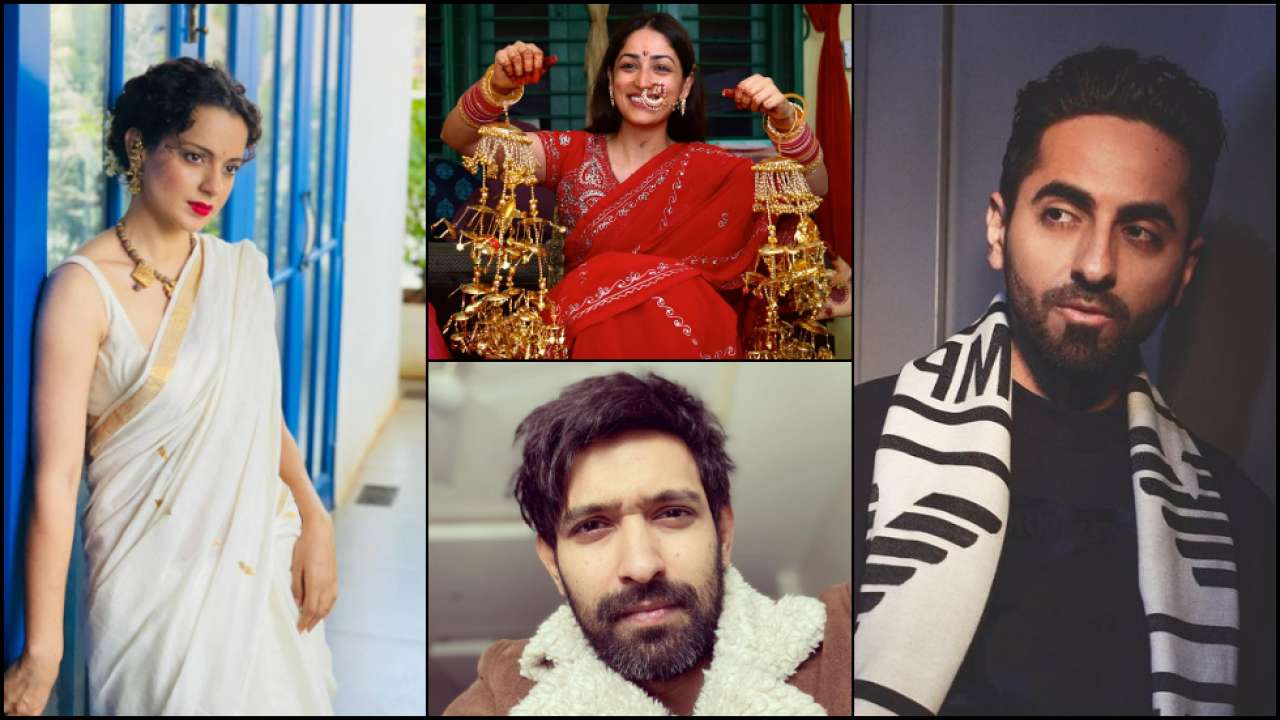 Yami Gautam surprised everyone when she announced her wedding with 'Uri: The Surgical Strike' director Aditya Dhar on June 4. The newlywed couple has been sharing precious pictures from their pre-wedding ceremony ever since. On Sunday, the 'Kaabil' actress took to her photo-sharing app to share a couple of pictures with her fans from her pre-wedding ceremony. 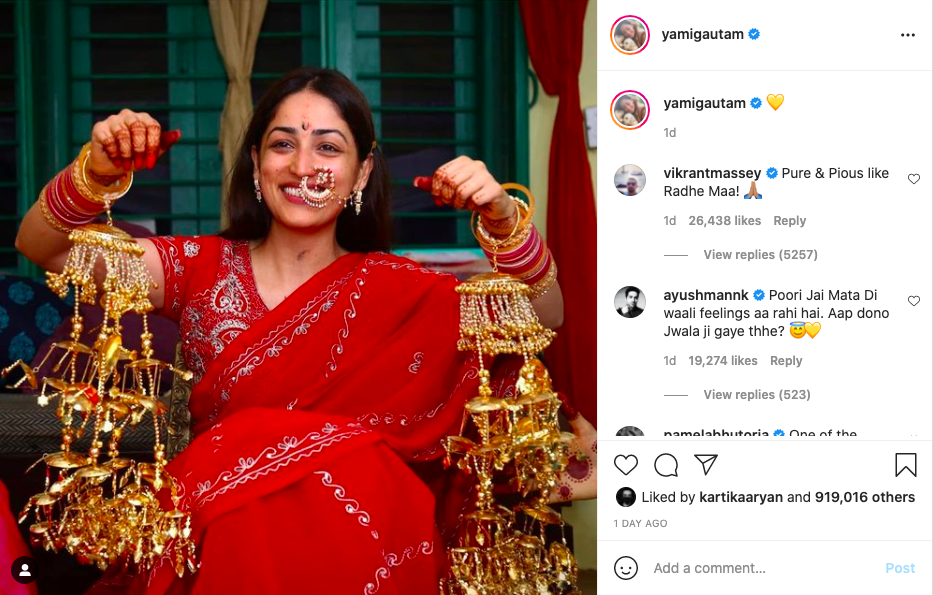 Yami is seen wearing a red saree and flaunting her heaving bangles and kaleere in one of her Instagram photographs. Vikrant Massey teased her by saying, "Pure and Pious like Radhe Maa!" . However, it appears that his remark did not sit well with Kangana, who responded to him by tweeting, "Lao meri chappal kahan se nikla ye cockroach”.(From where did this cockroach come. Someone get my slipper). 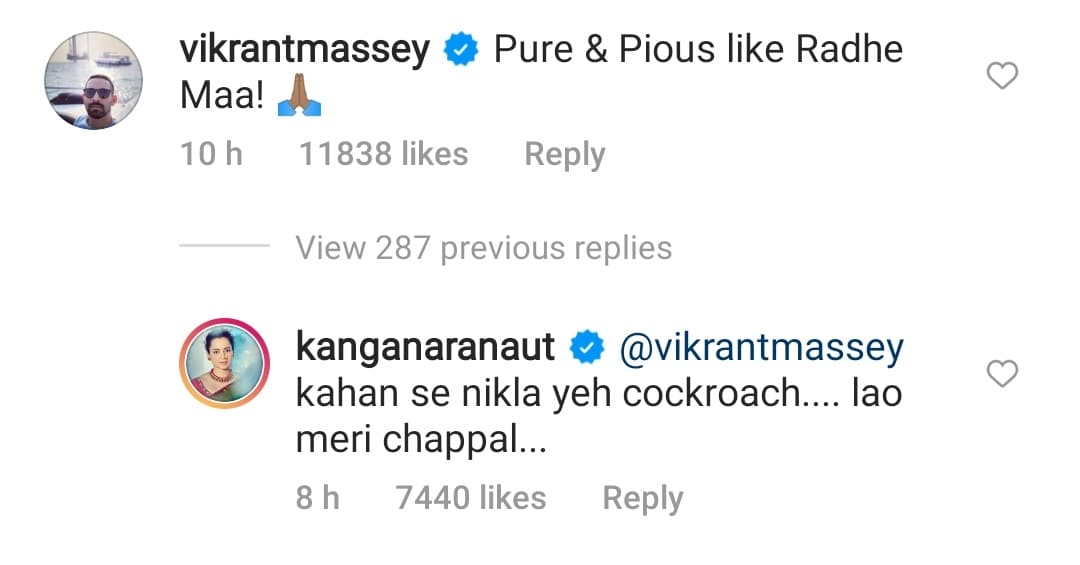 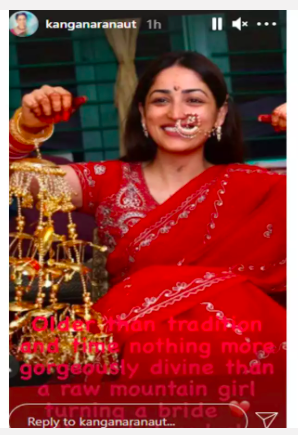 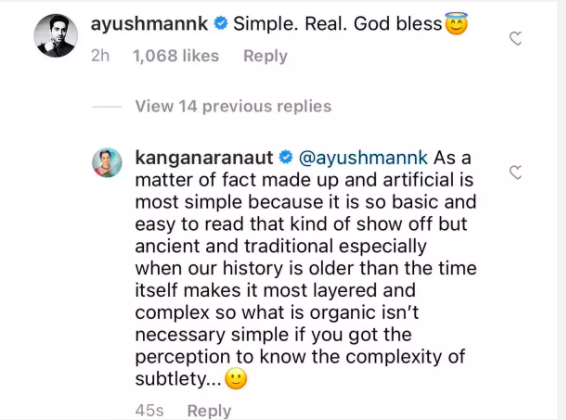 Kangana Ranaut also replied to Ayushmann's comment, "Simple. Real. God bless", writing, "As a matter of fact made up and artificial is most simple because it is so basic and easy to read that kind of show off but ancient and traditional especially when our history is older than the time itself make it most layered and complex so that what is organic isn't necessarily simple if you got the perception to know the complexity of the subtlety”. 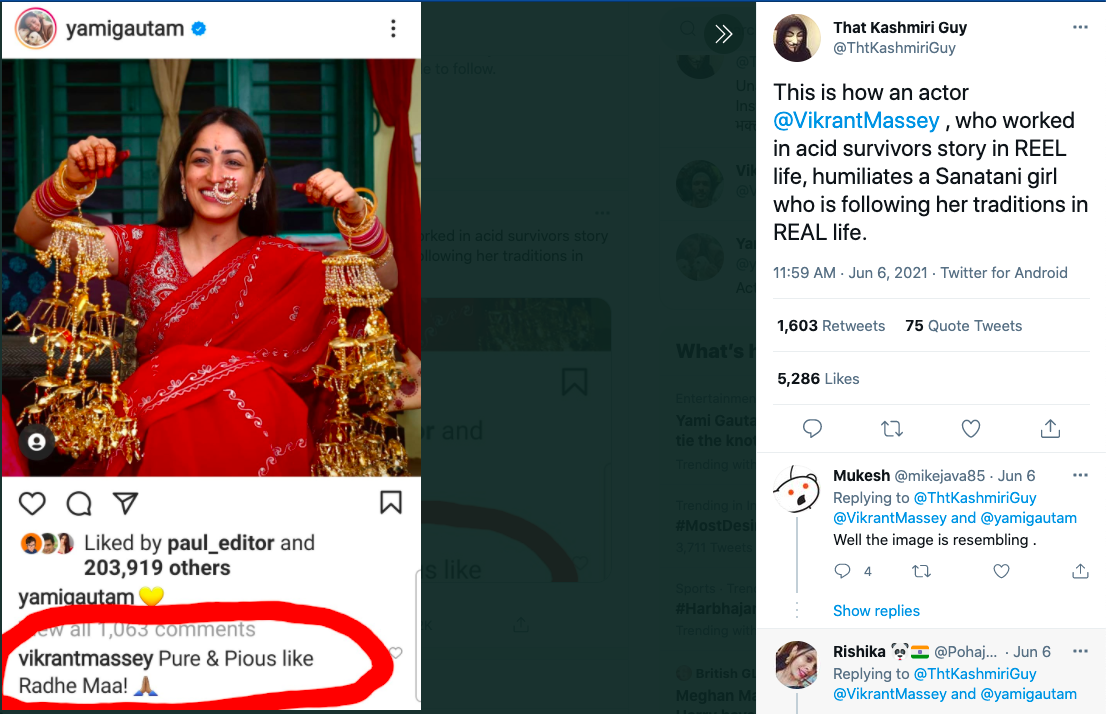 Some netizens also slammed the actor over the comment.