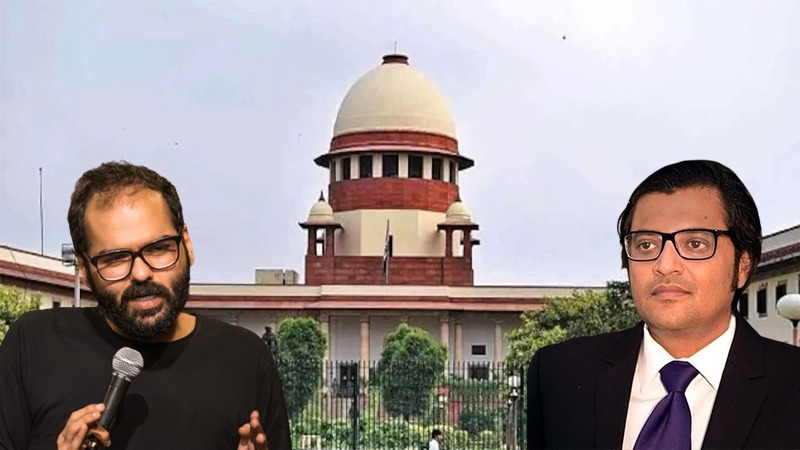 The Supreme Court on Wednesday granted bail to Republic TV Chief Arnab Goswami. The apex court of India slammed the Bombay High Court and even the Maharashtra Government for the arrest of Arnab Goswami. However, questions started being raised on the Supreme Court of India after it arranged for a special session to hear Arnab’s case, though the court was on Diwali break.

"The pace at which the Supreme Court operates in matters of “National Interests” it’s time we replace Mahatma Gandhi’s photo with Harish Salve’s photo..." "DY Chandrachud is a flight attendant serving champagne to first class passengers after they’re fast tracked through, while commoners don’t know if they’ll ever be boarded or seated, let alone served. *Justice* "All lawyers with a spine must stop the use of the prefix “Hon’ble” while referring to the Supreme Court or its judges. Honour has left the building long back..." After such remarks by Kamra on the Supreme Court, a lawyer has written to Mr. KK Venugopal, Attorney General of India seeking consent for initiation of contempt proceedings against stand-up comedian Kunal Kamra. Advocate Chandani Shah said on Twitter that she has filed a contempt plea against Kamra for his vile remarks. Shah posted the screenshot of the email that she wrote to the Bar Council of India requesting it to take cognisance of Kamra’s contemptuous remarks against the Supreme Court and the judges. She also filed a cyber complaint against him.

Commenting on Shah’s tweet, senior advocate Mahesh Jethmalani advised her not to waste her time on Kamra. Calling Kamra a “lowly worm”, Jethmalani suggested Shah not to turn the “lowly worm” into a “glow worm” by giving him attention. On this Kamra replied, "Hey Mahesh, This lowly worm didn’t inherit his fathers name & dubious legacy to find a place in the stop light."