Leopard fights with python in a deadly viral video. But who won? 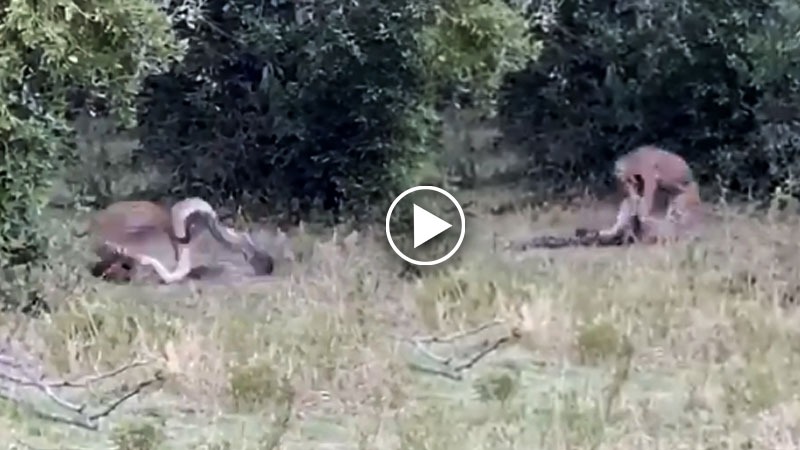 It is said that one should not underestimate the power of little beings be it humans or animals. A similar kind of deadly incident was filmed when n a leopard and a python has surfaced on social media and is swiftly going viral. The 46-second clip was shared on Twitter by Indian Forest Service officer Susanta Nanda on Sunday.

The clip shows the leopard and python, engaged in a terrific fight, in a forest. The leopard appeared in front of the python at the forest and both were still until the reptile snapped at the big cat. Thereby, ensued a dangerous battle as the leopard ultimately ended up killing the python.

The python, in fact, continued fighting till its last breath but the leopard's alertness allowed it to escape.

"Leopard and python squaring up to each other. As the python constricts, leopard's agility takes care to escape the seize and kills it. Not very uncommon. Python ends as prey to the leopard," Susanta Nanda said in the caption of his post.